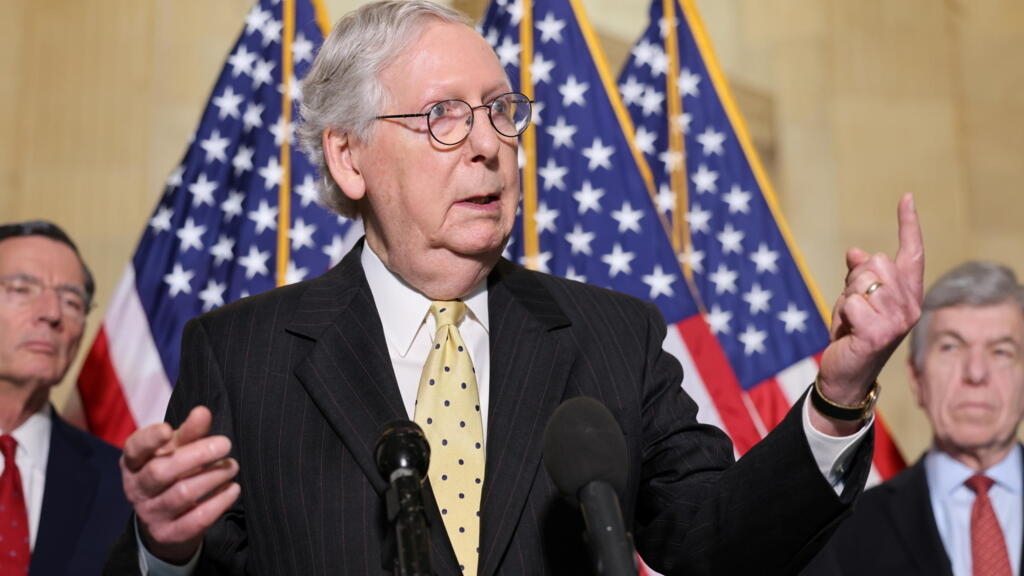 The Democratic-majority House of Representatives on Wednesday passed a law to create a commission of inquiry into the January 6 assault on Capitol Hill. But the text may not pass the Senate, where Republican boss Mitch McConnell has expressed his opposition.

The US Congress appeared divided, Wednesday, May 19, around the creation of a commission to investigate murderous assault on the Capitol by pro-Trump protesters.

“After careful study, I have decided to oppose the biased and unbalanced proposal of the House Democrats to create yet a commission to study the events of January 6,” said the influential Republican minority leader. in the Senate, Mitch McConnell. He stressed the existence of several ongoing police investigations, which have already led to hundreds of arrests, and said he feared that this new commission would hamper their progress.

The day before, his counterpart in the House of Representatives, Kevin McCarthy, had already announced his opposition to the vote on this proposal, however co-written by a Republican, and which provides for the creation of a commission comprising five members chosen by the Democrats and five others chosen by Republicans.

This text was nevertheless adopted Wednesday evening in the House of Representatives, with the support of about thirty Republicans. Mitch McConnell’s opposition, however, complicates its passage in the Senate, where at least ten Republicans must join the Democrats for the text to become law.

“It looks like they are afraid of the truth, it’s very unfortunate,” Democratic House Speaker Nancy Pelosi said on Wednesday.

John Katko, the Republican who worked to achieve this consensus text between some Republicans and Democrats promised that the commission would be “entirely depoliticized”.

Accused of “incitement to insurgency” by the House of Representatives, former President Donald Trump was acquitted by the Senate after a vigorous trial in February. If Mitch McConnell had voted to acquit him, believing that the upper house was not competent, he then found the billionaire “responsible” for the riot. But since then, the majority of Republicans want to turn the page.

“People have climbed the Capitol, hit the Capitol police on the head with lead pipes,” said an elected Democrat, Tim Ryan, during the debates in the hemicycle on Wednesday. “If we can’t come to an agreement between Republicans and Democrats on this, what has to happen in this country?”

the United States hostile to the French initiative at the UN

Emmanuel Macron met the family of the killed police official

launch of the electoral campaign in a climate of tension

teachers and staff of National Education demonstrate Tuesday in France