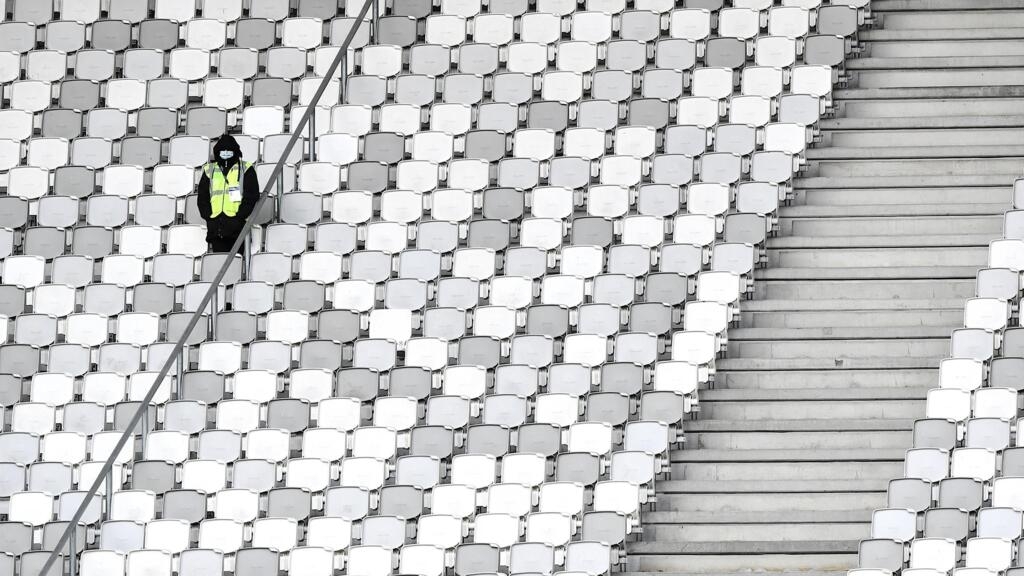 According to a UEFA report released on Friday, the health crisis is expected to cost European football clubs more than 8 billion euros over two seasons. The European body estimates that there is an “existential risk” for 120 of them.

This is the most precise figure to date concerning the impact of Covid-19 on European football. UEFA unveiled, Friday, May 21, a 112-page report describing the consequences of the pandemic which brought a sudden halt to the sector after twenty years of uninterrupted growth. The European body estimates that it should cost more than 8 billion euros to the clubs over two seasons and that it poses an existential risk on 120 of them.

By describing a sector that has come to a halt in its race for revenue, this document also sheds light on the brief adventure of the Super League, private tournament project supposed to be very lucrative, and which almost imploded European football in April. Because the findings of UEFA, like the 12 mutinous clubs which have temporarily given up seceding, are united: the pandemic has spared no club, depriving them “at least” of 10% of expected income in 2019/20 and 2020/21.

Over these two seasons, the European body assesses the cumulative shortfall in its 55 championships at 8.7 billion euros, including 7.2 billion euros for the 711 most important clubs and 1.5 billion for the others.

Integrating all the accounts already published, as well as the renegotiations of TV rights and a series of parameters, this estimate is by far the most precise on the economic impact of Covid-19 for professional football.

Last fall, Fifa estimated that the pandemic risked amputating $ 14 billion “from the entire football economy” for its 211 federations, a calculation it has never detailed since.

The European Union of Clubs (ECA) had for its part estimated at 4 billion euros the shortfall for European clubs in 2019-20 and 2020-21, before its former president Andrea Agnelli mentioned in December a range from “6.5 to 8.5 billion euros”.

Decrease in all sources of income

The closed door weighed heavily, explains UEFA, focusing on the 711 top-flight clubs: ticketing revenues are expected to drop from 3.6 to 4 billion euros in total over two years, and the vagueness remains on the return to full stadiums .

Commercial revenues are expected to decrease from 2.4 to 2.7 billion euros, while TV rights will be cut from 1.2 to 1.4 billion over these two seasons, with already downward renegotiations “of 700 million euros “beyond 2021 for the broadcasters of UEFA and the five big leagues.

The shock is particularly violent in Ligue 1 because of the withdrawal of Mediapro, which explains the plunge “of about 30%” of the overall revenues of French clubs, the most affected in Europe with Scottish clubs.

The crisis came to interrupt two golden decades, with an average growth of 8.2% per year since 1999, until reaching in 2019 a cumulative income of 23 billion euros for the 711 European teams – the English clubs prancing in the lead .

But during this time wages have also swelled to the point of absorbing more than 60% of revenues, a ratio “significantly higher than any other industry”, observes UEFA, “including the investment bank” and its traders covered with bonuses.

However, the players, at the heart of the sporting rivalry and therefore in a position of strength, have made only a modest effort in the face of the pandemic: the clubs have saved around two billion euros in total, including one billion euros in wages over both seasons.

Their operating income should therefore fall “from 5.3 to 6.2 billion euros” over the period, while they were already showing net losses in 2019, notably due to the amortization of transfers.

On the cash side, a key issue given the high levels of indebtedness in the sector, UEFA foresees an “existential risk” for around 120 clubs while the others will cover their losses by borrowing again or by claiming an extension from their owners.

a "terrorist" act for Canadian justice

facing Krasnodar, Rennes will open a new page in its history