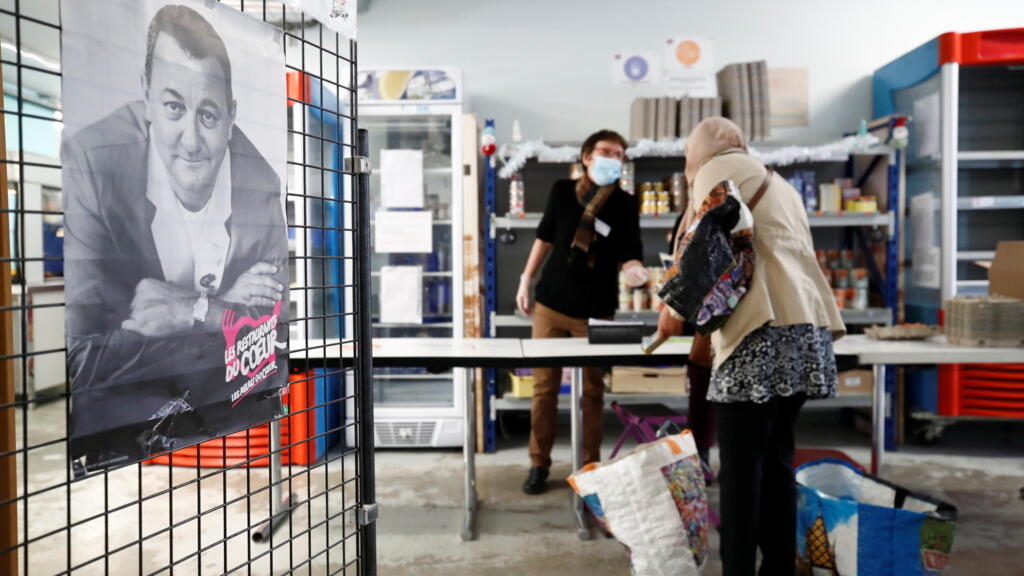 While the economic crisis caused by the coronavirus pandemic has worsened poverty in France, it is more likely to amplify the precariousness of the under-30s in France, according to a report from the Observatory of Inequalities unveiled Thursday. These already represent nearly half of the poor in France.

Associations have been ringing the bell for several months: the economic crisis caused by the Covid-19 pandemic increased poverty in France and NGOs see that new profiles come looking for food aid. According to a report from the Observatory of Inequalities made public Thursday, November 26, those under 30 could be the most affected, while they already represent nearly half of the poor in France.

“The elderly have paid the heaviest consequences of the coronavirus in terms of health, young people will suffer most of its economic fallout,” said Thursday Louis Maurin, director of the Observatory of inequalities, during a presentation by the second edition of the “Report on poverty“.

Difficulties of training, of integration into a depressed labor market and where companies are uncertain about their future, greater precariousness of parents: young people are “the main victims of this situation”, underlined Louis Maurin, as many associations have already done before him in recent weeks, especially food aid.

For months, associations have been launching cries of alarm, noting an increase in poverty, especially with new profiles who rarely called for food or other aid, such as students or temporary workers.

According to different charities, a million additional French will have slipped into poverty before 2021. An increase noted by the local Secours populaire in rue Montcalm, in Paris. “Between the start of the health crisis and now, there are between 30 and 35% more beneficiaries, which is a fairly considerable figure”, explains David Fargier, responsible for distribution on the solidarity self-service.

“Historically, we had families before anything else, quite a few isolated people, very few students. But here, even working people or students are struggling to make ends meet and appeal to Secours populaire. “

Like Julia, in master 2, who however worked in a costume jewelry store before the reconfinement. Or Sofia, whose husband no longer has an income, who has already appealed for food aid twice.

According to the Observatory of Inequalities, in 2018 – the last known year – there were 5.3 million poor people living on less than 885 euros per month, or 8.3% of the population. Among them, more than half (52%) were under the age of 30, of which a third were children and adolescents growing up in a poor family, notes the Observatory.

This independent observatory has adopted for several years a more restrictive definition of poverty, placing it below the threshold of 50% of median income (against 60% for official bodies). According to her, “closer to reality”.

Advocacy for a single minimum income under conditions

To mitigate the effects of the crisis, the Observatory pleads for the establishment of a single minimum income which “would guarantee an exit from poverty”. Paid under conditions of resources and open to young people, it would reach 900 euros per month after payment of social assistance. Its cost is estimated between 7 and 10 billion euros.

“This is equivalent to half the reduction in the housing tax or 10% of the recovery plan. These are political choices,” argued its director.

The Prime Minister announced Thursday the extension in 2021 of the Youth Guarantee to 200,000 beneficiaries. An exceptional aid of 150 euros must also be paid on Friday to some 400,000 young beneficiaries of APL or scholarship holders.

To this is added a call for projects of 50 million euros launched by the government, with the objective of bringing out or modernizing mechanisms to fight against poverty. Associations have until January 15 to apply.