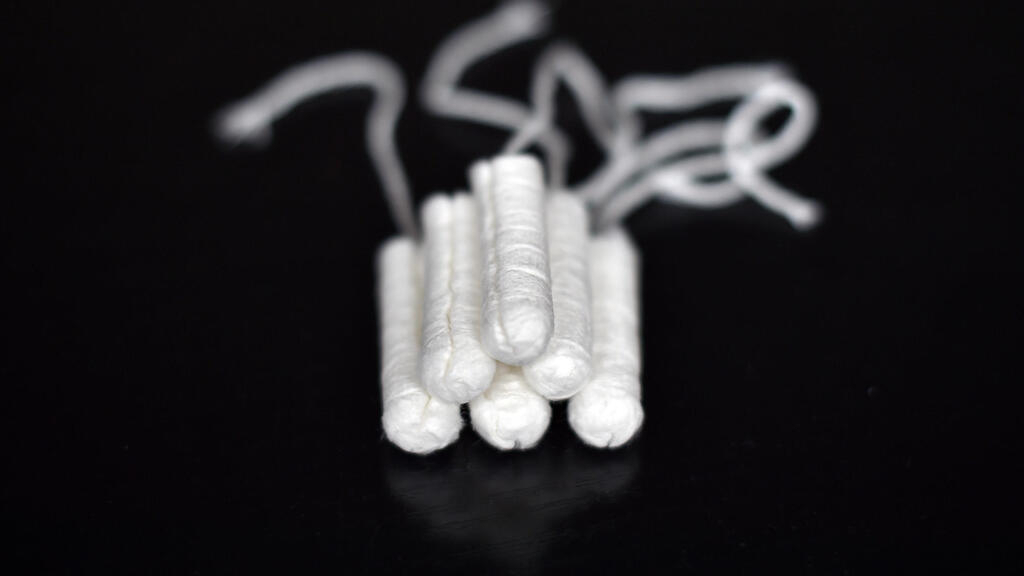 According to the first barometer of the Elementary Rules association, published on Friday on the occasion of International Menstrual Hygiene Day, 20% of adult women have already experienced menstrual insecurity in France. While the question seems to be gradually entering the public debate, associations welcome many advances.

Go without eating to buy a package of periodic protections, force yourself to keep them as long as possible to save them … In France, nearly two million women are affected by menstrual insecurity, that is to say the difficulty or even the impossibility of obtaining hygienic protection due to lack of financial means.

Friday May 28, occasionally of World Menstrual Hygiene Day, the Elementary Rules association, a pioneer in this fight since 2015, publishes an unprecedented study on the question. According to this barometer, carried out among 1001 people representative of the French population, 20% of adult women have already been confronted with it, either directly or through an acquaintance.

“Our first observation, faced with this study, is that menstrual insecurity concerns everyone”, reacts Laura Pajot, communication manager of the association with France 24. Since its creation, association collected and redistributed nearly 5 million products which benefited more than 115,000 women.

On average, a woman – or transgender or non-binary person who is menstruating – has her period 450 times in her life. In total, it will use around 10,000 disposable hygienic protections or increase the number of reusable protections, for an average budget of 8,000 euros.

For lack of funds, adolescents and women are forced to resort to the D system. “They find themselves using newspaper or old sheets. Others told us that they used plastic bottles to make a makeshift cup … “, tells France 24 Clarisse Philipot, vice-president from the association Règlez-moi ça !, which fights against this scourge.

“It’s not just a question of feminism, or even gender equality. It is above all a question of public health,” she insists. “Using these makeshift protections greatly increases the risk of infection or disease and, in the worst cases, of toxic shock.”

In addition to this health risk, there are often psychological consequences. “The women concerned often feel a lot of embarrassment and shame. This can be a factor of exclusion and social isolation.”

A second observation emerges from the study conducted by the Elementary Rules association: the issue of menstrual insecurity is increasingly well known. While 53% explain that they do not know what it is precisely, 70% of those questioned claim to have already heard of it.

An observation shared by the association Réglez-moi ça! “For some time now, we have been witnessing a free speech on the issue,” assures Clarisse Philipot. “Recently, a schoolboy explained to me that he had heard about menstrual insecurity in class. It would have been unimaginable before!”

Faced with this enthusiasm of the population, the question of menstrual insecurity becomes a real political issue. On Friday, in the wake of World Day and with the approach of regional elections, many political figures expressed themselves on social networks, showing their awareness on the issue. For its part, the collective Réglez-moi ça! signs a tribune in Liberation calling on the various candidates for regional elections to engage in this fight.

“The rules should no longer be a taboo: it is a political subject!”, Hammered in particular Marlène Schiappa, Minister Delegate to the Minister of the Interior, in charge of Citizenship, defending at the same time the results of Emmanuel Macron on the matter.

Rules should no longer be a taboo: it is a political subject! Since 2017, the fight against menstrual insecurity has even been a priority ⤵️ [THREAD] # Menstrual hygiene day

“It is true that the year 2020 was marked by great victories,” admits Laura Pajot. The government of Emmanuel Macron had first announced to allocate one million euros to the experimentation of the free distribution of hygienic protections.

Then, in December 2020, the Head of State took another step, announcing concrete measures to fight against menstrual insecurity. during an interview on the online media Brut. Among them, in particular, the establishment of the distribution of periodic protection in prisons for women.

“It was also the first time that a president spoke of the rules live, at a prime time. Symbolically, it is strong,” congratulates Laura Pajot. In the wake of this speech, the budget of one million euros has been revised upwards to 5 million euros for 2021.

In February, a survey by the Federation of General Student Associations revealed, moreover, that a third of the students struggle to finance their hygienic protections. In response, Frédérique Vidal, Minister of Higher Education, promised to set up distributors of protection in all universities from the start of the 2021 school year.

Finally, the latest initiative to date, “Jean-Michel Blanquer announced on Thursday that protection distributors would now be available in schools in five departments – the Landes, the Alpes-Maritimes, Reunion, the Ardennes, the Seine – Saint-Denis – against one before, ”concludes Laura Pajot, who recalls that“ 130,000 young girls miss school each year because they do not have enough to protect themselves properly ”.

Despite these advances, 61% of people surveyed by Basic Rules believe that the public authorities still play an insufficient role in the fight against menstrual insecurity.

These measures seem indeed still limited compared to what Scotland has put in place. In 2018, the country had initiated the distribution of hygienic protections in schools and universities. In numbers, he passed an unprecedented law giving free and universal access to periodic protection.

The end of the rules taboo?

For both associations, this awareness and its progress go hand in hand with more general freedom of speech on the rules. “Mentalities are starting to change, to free themselves from this taboo,” they greet together. “But there is still a long way to go.”

“The best example of this is certainly the advertisements”, explains Clarisse Philipot. “No more blue blood!” She laughs. In 2018, the brand of hygienic protections Nana had indeed caused controversy by broadcasting an advertisement in which period blood appeared red. A first. Until then, all advertisements represented menstrual blood as a blue liquid. The Nana ad also featured the slogan “Rules are okay, showing them should be too.”

“Social networks have also certainly played a major role,” she analyzes. Awareness-raising operations have indeed multiplied on various platforms in recent years, such as the # respect our rules campaign from the NGO Care France and the feminist collective “Les Nanas d’Paname”. A dozen women posed dressed in white, with a clearly visible blood stain on their panties.

“The process is however very slow”, nuance Laura Pajot. “57% of respondents still believe that periods are taboo in society and at least 47% of respondents have not heard of periods until puberty.” The activist notes, for example, that the world of work is still very closed. While 44% of women claim to have already missed a day’s work because of their period, 68% consider the subject to be taboo in companies.

Today, the two associations call to “continue on this momentum” and to “generalize the initiatives”.

“In recent years, a lot of local initiatives have been put in place,” recalls Laura Pajot, citing the example of the University of Rennes or the Sorbonne which had themselves set up distributors of periodic protection. . “We are delighted that these local initiatives will soon be generalized nationwide.” “From now on, we must do the same for all schools and not be confined to five departments,” she continues.

And for the activist to conclude: “we must put in place free hygienic protection in all key places welcoming the public in fragile situations and install as many distributors as possible. Not only is this how we will fight against menstrual insecurity. , but also that we will make the rules visible and break this taboo once and for all ”.

on the Euphrates, villagers accuse Turkey of waging a water war