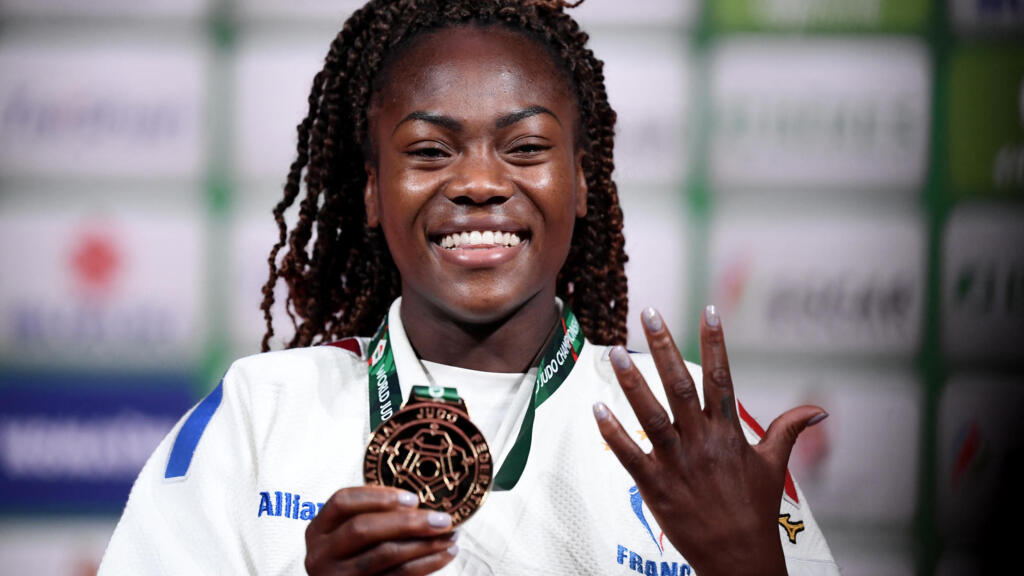 Frenchwoman Clarisse Agbégnénou won her fifth world judo title in the -63 kg category on Wednesday in Budapest, as a foretaste of the Olympic title she is aiming for this summer in Tokyo.

The French Clarisse Agbégnénou won, Wednesday, June 9, her fifth world title, the fourth in a row, by beating the Slovenian Andreja Leski by ippon, in the final of the World Judo Championships, in Budapest, in the -63 kg category. With this victory, she offers the French team its first medal of the competition.

Imperturbable and ineradicable on the carpet of Budapest, the Frenchwoman concluded her journey with a new ippon in the final, by immobilizing the impotent Slovenian Andreja Leski.

“I was quite serene, calm. I didn’t do a ‘golden-score’, I did a lot of ground. I had worked it a lot and I’m happy that it works, it shows me that I’m on the right track. I feel good, I have no pain anywhere, no strap “, she said, smiling after her final.

There was also in her presence in Budapest the idea of ​​a dress rehearsal before Tokyo (July 23-August 8), blank, because her two main rivals, the Japanese Miku Tashiro and the Slovenian Tina Trstenjak, who l ‘had beaten in the final of the 2016 Olympics in Rio, were not there. Like them, many have chosen to ignore these worlds placed on the road to the Olympic Games.

But Clarisse Agbégnénou decided to come to Hungary to keep the red bib, this privilege of the reigning world champions. “I was not afraid. When I come to compete, it’s because I’m 100%. I wanted to have everything, the ‘World’ and the Games, or nothing,” added the judokate.

This gold medal number 5 now places it close to the three most successful judokates in the history of the world championships: the Japanese Ryoko Tani, the Chinese Wen Tong, who each collected seven titles and the Belgian Ingrid Berghmans, who won six.

At the French level, it now exceeds David Douillet and his four world titles, but remains behind Teddy Riner and his ten gold medals.

On the way to the Tokyo Olympics

“I am proud of what I do and of this year which is hard for me,” said Clarisse Agbégnénou, speaking of the postponement of the Olympics, as a “blow of the club”.

Now five-time world champion and five-time European champion, the Frenchwoman failed in the final of the Rio Olympics in 2016. “I told myself that I did not know if I would have this medal in Tokyo. So I got myself. said I was already going to get the fifth, “said the Frenchwoman.

Mission accomplished for Agbégnénou, already launched towards Japan and her Olympic dream where she will aim, from July 23 to August 8, for the missing gold medal.

Opening of Roland-Garros 2021: “An impression of renewal”

Protests continue on day 15 of social crisis in Colombia