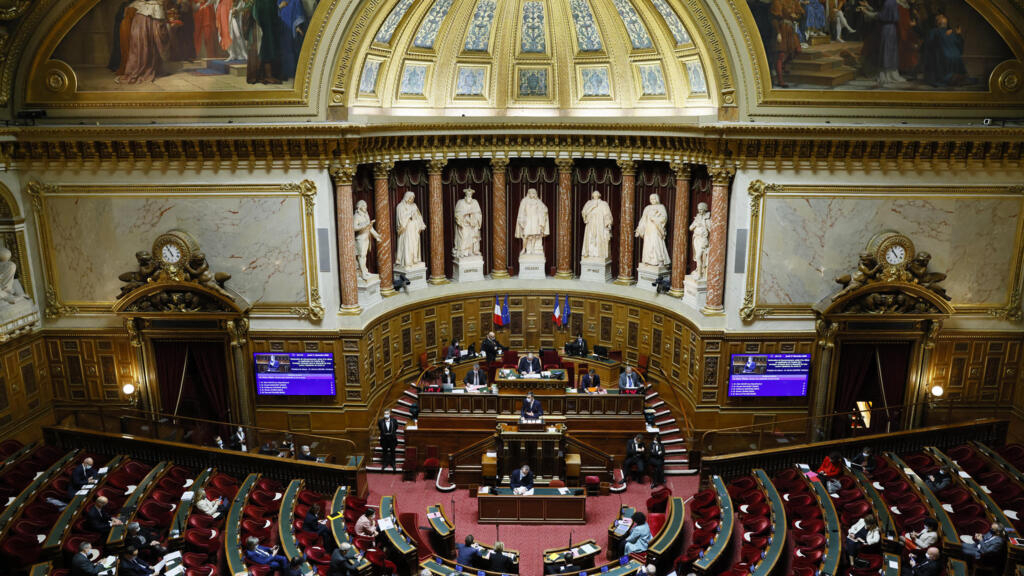 After the vote, on the night of Tuesday to Wednesday, of a text on the end of the state of health emergency largely revised by the senators, the National Assembly and the Senate will try Thursday to agree on a common law. In case of failure, the deputies will have the last word.

Adjustment of the schedule for greater clarity, reinforced supervision of health pass controversial: the Senate dominated by the right-wing opposition adopted on the night of Tuesday 18 to Wednesday 19 May the bill for the gradual exit from the state of emergency, after having substantially modified it.

The text was voted on at first reading by 221 votes in favor and 102 against. The overwhelming majority of LR senators and centrists voted in favor, as did the majority RDPI groups En Marche and Indépendants. The Communist-majority PS and CRCE groups voted against. The ecologists abstained, the RDSE with a radical majority sharing itself.

Deputies and senators will try Thursday to agree on a common text. In case of failure, the National Assembly will have the last word.

The health pass under debate

Unsurprisingly, the controversial health pass animated the debates. This tool must subject access to large gatherings or certain places to the presentation of a negative result of virus screening, proof of vaccination, or even a certificate of recovery after contamination.

The senators specified that it could be implemented only in places which do not make it possible to ensure the respect of barrier gestures. It could be presented in paper or digital form and the medical information to which those authorized to control it would have access would be restricted.

In the hemicycle, a new series of guarantees was adopted by way of PS amendments, including the authorization by the prefect of the persons authorized to carry out checks.

The Senate, on the other hand, opposed the inclusion in the law of a minimum gauge to require a health pass, claimed on the left. The Minister of Health Olivier Véran recalled that the government “has spoken clearly” so that the health pass only targets events above 1,000 people.

The article as voted by the upper house plans to extend the state of health emergency until June 30, to take into account the maintenance of a curfew planned until that date. An “intermediate” regime would be instituted from July 1 to September 15, allowing the government to take restrictive measures in the face of the pandemic, to the exclusion of measures “strongly detrimental to freedoms” such as the closing of establishments.

The government tried unsuccessfully to restore the text to the drafting of the National Assembly, with a transition period from June 2 to the end of September.

The CRCE group was categorically opposed to the health pass, as were about thirty senators from different sides. “The danger of tilting into the society of generalized surveillance is real”, argued the centrist Loïc Hervé, while Laurent Duplomb (LR) affirmed that “we will sort between first-zone and second-zone citizens”.

Claude Malhuret (Independents) on the contrary called for its implementation to be speeded up, saying that “this is the way to regain as quickly as possible all the freedoms that have been reduced for months”. He again received the support of the leader of senators LR Bruno Retailleau.

For Marie-Pierre de La Gontrie (PS), “the account is not there”, despite the “improvements” made by the Senate.

In the social field, the Senate adopted a government amendment extending until September the maintenance of the child welfare system for young people aged 18 to 21, supported by the departments.

In view of the epidemic situation in Guyana, the Senate has also given the green light to another government amendment allowing the postponement until October at the latest, by a decree published no later than June 12, of the election scheduled in this community at the end of June.

ECOWAS demands the appointment of a civilian president by September 15

tens of thousands of protesters in Minsk

No, this video does not show a French police officer tearing off the veil and assaulting a Muslim woman