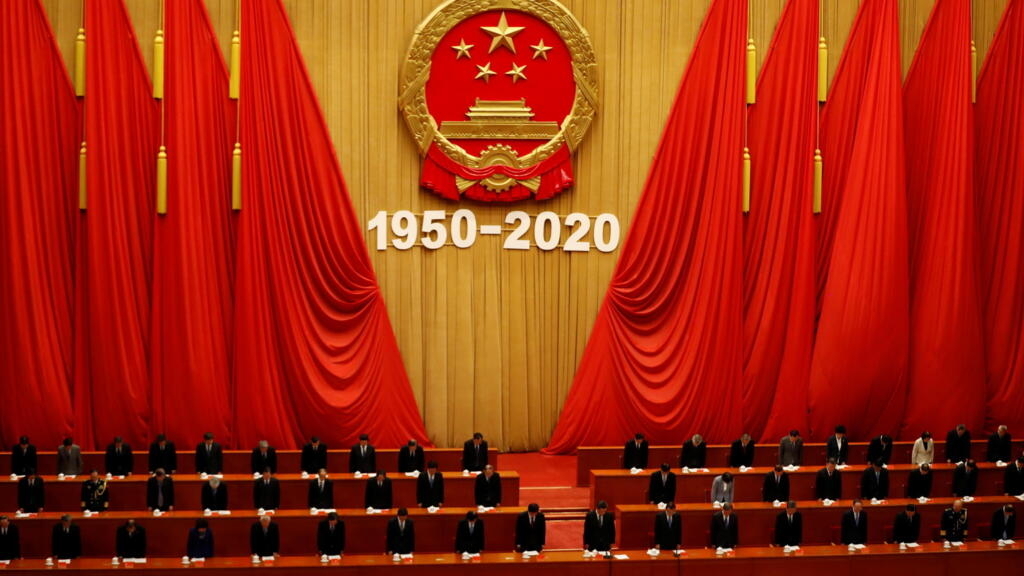 The Covid-19 pandemic should not prevent China from being the only economic power to experience positive growth in 2020. At least that is what the sharp rise in GDP in the third quarter suggests. But the reliability of these data is questioned, suggesting a willingness of the Chinese authorities to take liberties with the economic reality as Beijing prepares its new five-year plan.

It is with a growth rate of 4.9% in the third quarter that China is developing, from Monday October 26, its new economic roadmap for the next five years. The central committee of the Chinese Communist Party could hardly dream of a more flattering indicator to launch the construction site of its next five-year plan, while the rest of the world is economically decimated by the Covid-19 pandemic.

This increase in GDP recorded between July and September 2020 confirms the good results of the second quarter, during which the Chinese economy had already grown by 3.2%, according to official data. Beijing therefore seems on the right track to be the only major economic power to achieve the feat of having positive annual growth despite the health crisis. Chinese GDP is expected to grow by almost 2% in 2020, against a recession of 4.9% in the United States, 9.8% in France or even 6% in Germany.

Too good to be honest

These good results support the official rhetoric of the regime, which has repeatedly praised the resilience of the Chinese economy despite a very violent initial shock (a drop in GDP of 6.9% in the first quarter). These figures also seem to validate the policy pursued by Chinese leader Xi Jinping, who imposed draconian measures at the start of the year to contain the spread of the coronavirus in his territory.

But this picture appears too good to be honest, according to several economists. “Growth numbers don’t seem to stick”Writes the British daily The Guardian, which interviewed several analysts. Adjustments to make the 2020 numbers more attractive. “Some data to calculate the economic performance in September 2019 seem to have been carried over to October, which has the consequence of artificially boosting the results of September 2020 compared to last year”, notes Nick Marro, chief analyst of the Economist Intelligence Unit, a British economic consultancy firm, contacted by The Guardian.

This internal statistical kitchen would not, however, have had a major impact on the growth figures, believes Nick Marro. The inconsistencies in the way infrastructure investments are counted appear much more troubling. Billions of yuan (several hundred million euros) injected into infrastructure projects in 2019 appear to have disappeared from official data, which has allowed Beijing to report an increase in investment since the start of the 2020 which appears doubtful to Leland Miller, director of China Beige Book Consultancy, an American firm for analyzing data on the Chinese economy. “We are not talking about an arrangement on the sidelines with reality,” he told the Guardian.

He did not believe in any way the figures put forward by Beijing. An increase in industrial production of 4.8% in June 2020 compared to the same period last year? Hard to imagine when “only 60% of companies had reopened their doors,” he said in a blog post published last July. Ditto for the service sector – tourism, catering, entertainment – which officially shows an increase of nearly 2% compared to 2019. “It is arithmetically impossible to achieve while more than 10% of companies in this sector do not ‘had not yet resumed their activities at the end of June, ”he said.

Challenging Chinese growth figures is almost an economic discipline in its own right since the early 2000s. “There is no transparency in official statistics and they must be handled with a grain of salt because we do not know exactly how they are constructed”, explains Mary-Françoise Renard, director of the French Institute for Research on the Economy from China (Idrec), contacted by France 24.

However, despite the necessary precautions to be taken, there is little doubt, for this expert, that the Chinese economy is “running again”. And probably better than elsewhere: “Chinese exports – especially of sanitary products – have increased significantly since the start of the year,” she said.

To restore the image and encourage nationalist sentiment

But if the Chinese economy is doing better than that of the other great powers anyway, what need to improve the statistics even further? The main reason is the international context, assures Mary-Françoise Renard. “China has, for the moment, the image of the country where the Covid-19 pandemic started from and Xi Jinping wants to use the economy to restore the national image,” she said. Demonstrating that Beijing can still play its role as an engine of global growth must allow, for the Chinese leader, to improve the climate of “mistrust of China which has settled on the international scene”, notes l ‘economist.

It’s also a way of putting a soft eye on foreign companies. The health crisis and the disruption of world trade have demonstrated the risks of over-reliance on China for its supplies. “There is a real danger because some countries have started to relocate their companies outside of China, and by posting particularly flattering economic performances, Beijing hopes to convince these groups that the Chinese market is the one that presents the most opportunities”, explains Mary-Françoise Renard.

But Xi Jinping is not only seeking to reassure on the international scene. This way of exaggerating economic performance is also aimed at fostering the nationalist feeling of the Chinese people. “The authoritarianism of the regime is based on this nationalism and the good economic performance gives public opinion the impression that the country is on the right track to become the world’s leading power,” said the director of Idrec.

This is, finally, a way of saying: move on, there is nothing to see. Good economic health should silence any questioning of Xi Jinping’s economic choices. This is particularly useful as Beijing acquires a new five-year plan supposed to reflect the new priorities of the Chinese leader.

This new economic program is supposed to allow China to decrease its dependence on exports and make domestic consumption the main engine of growth. However, “the Chinese economy has structural problems that are preventing consumption from picking up again,” says Mary-Françoise Renard. She cites the level of corporate debt and the lack of a social safety net that pushes people to save for retirement and health as examples of consumption bottlenecks. But in the euphoria of 4.9% growth, who will nitpick over such details?