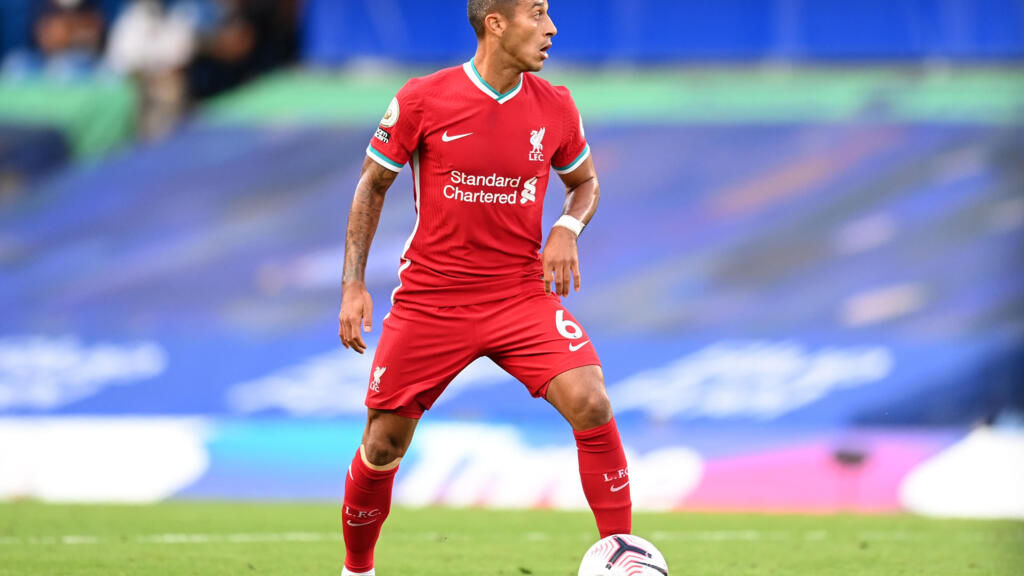 The summer transfer window, extended until October 5 due to Covid-19, ended at midnight Monday for most of the major European leagues. Back on the good deals concluded in the last weeks… and the last hours.

Paris-SG, which lost several executives this summer including Thiago Silva and Edinson Cavani, had an eventful end of the transfer window. The capital club obtained, on Sunday evening, the loan without option to buy from young Italian international striker Moise Kean (Everton), then the loan with option to buy, Monday morning, from Portuguese international midfielder Danilo Pereira (FC Porto ). In the last hours of the summer market, the capital club managed to attract Rafinha, the Brazilian midfielder from FC Barcelona, ​​with a three-season contract. Last May, the capital club also exercised the option to buy forward Mauro Icardi (Inter Milan) for four seasons.

Olympique Lyonnais left the door open for the departure of several of its executives this summer – notably Houssem Aouar, Memphis Depay and Moussa Dembele. In the end, none of these three left after the transfer window. International Under-21s Jeff Reine-Adelaide did not have an exit ticket until a very critical interview with his club granted to L’Équipe in early September. On Monday evening, it was finally loaned to OGC Nice with an option to buy 25 million euros. In terms of reinforcements, OL have signed Brazilian midfielder Lucas Paqueta (AC Milan), Algerian defender Djamel Benlamri and secured the loan from Italian defender Mattia De Sciglio (Juventus).

Rennes, new to the Champions League this year, has strengthened on several levels. The SRFC signed on Monday Belgian international winger Jérémy Doku (Anderlecht) for around 25 million euros. He also obtained the loans of side Dalbert (Inter) and defender Daniele Rugani (Juventus). On the starting side, the club sold goalkeeper Edouard Mendy to Chelsea and striker Raphinha to Leeds.

Bayern Munich kept the final hours of the German transfer window alive – rather calm overall. As side-defender, the Bavarian club have signed Bouna Sarr (OM) for four years. Sunday, he formalized the arrival of defensive midfielder Marc Rosa (Espanyol Barcelona). Then, on Monday, he announced, in quick succession, the arrival of striker Eric Maxim Choupo-Moting (ex-PSG) and the loan of Brazilian winger Douglas Costa (Juventus Turin).

The highlights of the transfer window in the Bundesliga remain the recruitment of Leroy Sané (Manchester City) at Bayern for 45 million euros, and the departures from Chelsea of ​​Timo Werner (Leipzig, 53 million euros) and Kai Havertz (Leverkusen, 79 , 5 million euros).

Liverpool have retained the backbone that enabled them to be England champions last year. She added two quality reinforcements with the recruitment of Thiago Alcantara (Bayern Munich) and Portuguese winger Diogo Jota (Wolverhampton) in the role of luxury joker. Manchester City, meanwhile, brought in Nathan Aké (Bournemouth) and Ruben Dias (Benfica) to solidify their fragile rearguard, and Spanish winger Ferran Torres (Valencia CF).

Arsenal broke the bank on Monday to offer themselves the services of midfielder Thomas Partey (Atlético Madrid) by lifting his € 50million clause. The Gunners also strengthened in the defensive sector with Gabriel Magalhaes (Lille), transferred for 26 million euros. Leicester also paid the price for strengthening their defense: 35 million euros for Wesley Fofana (AS Saint-Étienne) and 21 million euros for Timothy Castagne (Atalanta Bergamo).

Manchester United got stronger on every row with midfielder Danny van de Beek (Ajax Amsterdam), left-back Alex Telles (FC Porto) and young winger Amad Traoré (Atalanta Bergamo). The Red Devils have especially managed a resounding blow with Edinson Cavani, free since his departure from PSG last June. The 33-year-old Uruguayan striker will bring his experience and could challenge his former club – of which he is the historic top scorer – from October 20 in the Champions League.

Finally, the promoted Leeds of Marcelo Bielsa offered himself in the last hours of the transfer window the Brazilian striker from Rennes Raphinha. He had also strengthened this summer with Diego Llorente (Real Sociedad) and Rodrigo (Valencia CF).

FC Barcelona, ​​in full facelift, was the main player in the Spanish market. In search of a new breath, the Catalan club has slashed its workforce, leaving historic executives like Ivan Rakitic (Seville), Arturo Vidal (Inter Milan) and Suarez (Atlético Madrid). Superstar Lionel Messi, after a time threatened to leave, saw the arrival of promising young people, Francisco Trincao (Braga) and Sergiño Dest (Ajax Amsterdam), in a workforce now trained by the Dutchman Ronald Koeman.

Defending champions Real Madrid were cautious: Gareth Bale was loaned to Tottenham, while James Rodriguez, Sergio Reguilon and Achraf Hakimi were sold to Everton, Tottenham and Inter Milan respectively. Coach Zinédine Zidane was content with loan returns, like that of promising Martin Odegaard. He also let his son Luca slip away to keep the goals of Rayo Vallecano.

On the prowl, Atlético Madrid strengthened at a low cost with the arrival of forward Luis Suarez, when Sevilla used Barca’s downsizing to lure Croatian midfielder Ivan Rakitic.

In Italy, the transfer window was animated by Juventus, in search of a center forward to replace Gonzalo Higuain who left for Inter Miami. It is finally a ghost, the Spaniard Alvaro Morata (Atlético Madrid), who landed, alongside the winger Federico Chiesa (Fiorentina). The Italian international, 22, is the symbol of the rejuvenation operation launched by the “Old Lady”. Juve also strengthened in the midfield with Arthur this summer, paying FC Barcelona € 72million.

Naples has also been active, notably with 80 million euros bet on ex-Lille Victor Osimhen and the arrival on loan from French midfielder Tiémoué Bakayoko (Chelsea).

Zlatan Ibrahimovic (39), for his part, extended the adventure a season at AC Milan, where the much-coveted Sandro Tonali, 20, arrived from Brescia.

In the end, in the five major European championships, only Real Madrid, Valencia CF and Bordeaux have not signed any new players this summer (2).

In anticipation of the arrival of its first headset, Apple kicks competing brands from its stores