the government accuses ex-president Bozizé of fomenting a coup 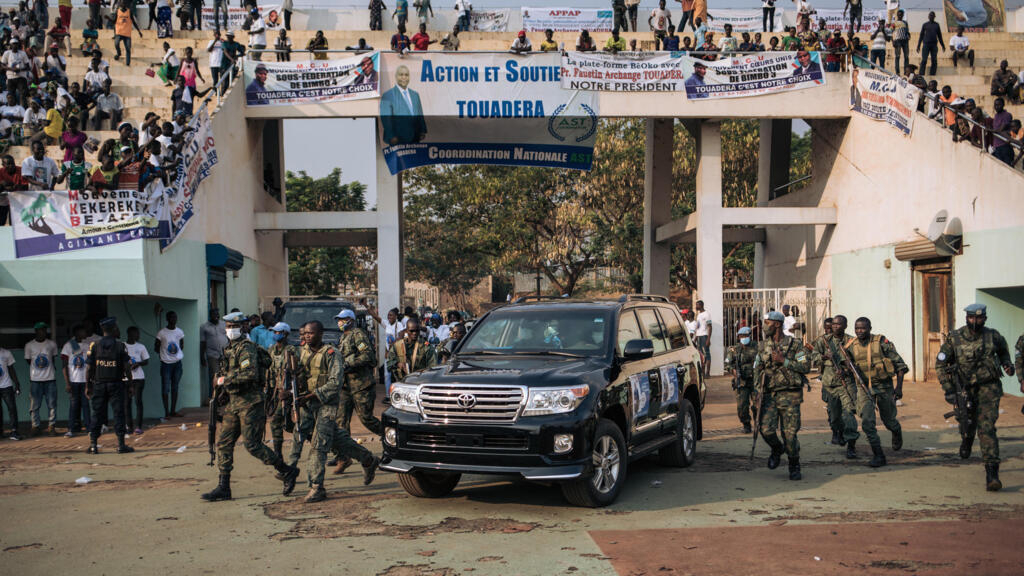 The Central African government on Saturday accused former President François Bozizé of instigating a “coup” after the announcement of the merger of the three main armed groups eight days before the presidential and legislative elections.

The security context continues to deteriorate Central African Republic, where the government accused, Saturday December 19, former president François Bozizé of wanting to take power by force. These accusations of preparation for a “coup” follow the announcement of the merger of the three main armed groups.

“François Bozizé is currently on the outskirts of the town of Bossembele (150 km north-west of the capital, editor’s note) with the clear intention of marching with his men on the town of Bangui,” said the spokesperson government, Ange-Maxime Kazagui.

“This is clearly an attempted coup that the government is keen to denounce in this election period,” said the spokesperson, referring to the elections scheduled for December 27.

The spokesman for François Bozizé denied to RFI to be the instigator of these movements of armed men.

Former head of state François Bozizé, who came to power in 2003 following a coup before being himself overthrown in 2013 by a coalition of predominantly Muslim armed groups, the Seleka, had attempted a return to politics by declaring himself a presidential candidate.

But the Constitutional Court invalidated his candidacy, ruling that Mr. Bozizé was under UN sanctions for his alleged support for armed groups responsible for “war crimes” and “crimes against humanity”.

On Saturday, three of the main armed groups in the Central African Republic announced their merger “into a single entity, called the Coalition of Patriots for Change (CPC), placed under unified command”. They also called on “all other armed groups to join” their coalition.

They also urged their members to “fraternize” with the soldiers of the regular forces who wish to join them, to “scrupulously respect the integrity of the civilian populations”, and to “let the vehicles of the United Nations and humanitarian workers pass freely.”

The three groups are the Patriotic Movement for the Central African Republic (MPC), active in the north, the 3R (Return claim, rehabilitation) a predominantly Fulani group present in the west, and anti-balaka militias reputed to be favorable to François Bozizé.

The special representative of the Secretary-General of the United Nations in the Central African Republic, Mankeur Ndiaye, said in a tweet on Saturday that “Minusca will use all the means at its disposal, including aircraft to respond to the violence committed by the armed elements of the 3R, of the MPC and anti-balaka “. The Minusca peacekeepers are more than 11,000 in the country.

Friday, humanitarian sources and the UN reported a deterioration in security evoking an offensive by armed groups in several localities in the northwest and north of the country, which would also control the roads leading to Bangui.

The Central African Republic, a country of 4.9 million people ranked among the poorest in the world but rich in diamonds, is already two-thirds controlled by armed groups who commit regular abuses against civilians.

According to Hans de Marie Heungoup, a specialist in Central Africa at the International Crisis Group think tank, the threats of these groups must be interpreted with caution, because in fact if the rebels wanted to descend on Bangui, they would have already incited some militias to create a context of insecurity in the city, “as the Séléka had done in 2013”, which is not the case at this stage.

“For now, there is a psychosis, and a lot of rumors,” he explains.

In the capital, taxis circulated normally but avoided certain areas known to be close to François Bozizé, noted an AFP journalist. In the streets of the city center, life took its course against the background of Christmas music, with a presence of the security services, deployed in the run-up to the elections.

The Central African Republic was ravaged by civil war after a coalition of predominantly Muslim armed groups, the Seleka, overthrew President François Bozizé’s regime in 2013.

Clashes between Seleka and Christian militias and anti-balaka animists had left thousands dead.

The CPC now brings together groups from the Seleka and anti-balaka militias, formerly enemies, against the regime of President Touadéra.

Since 2018, the war has evolved into a low-intensity conflict, where armed groups compete for control of the country’s resources, while regularly perpetrating abuses against civilians.