the massive stimulus plan on track, agreement to sanction Ankara 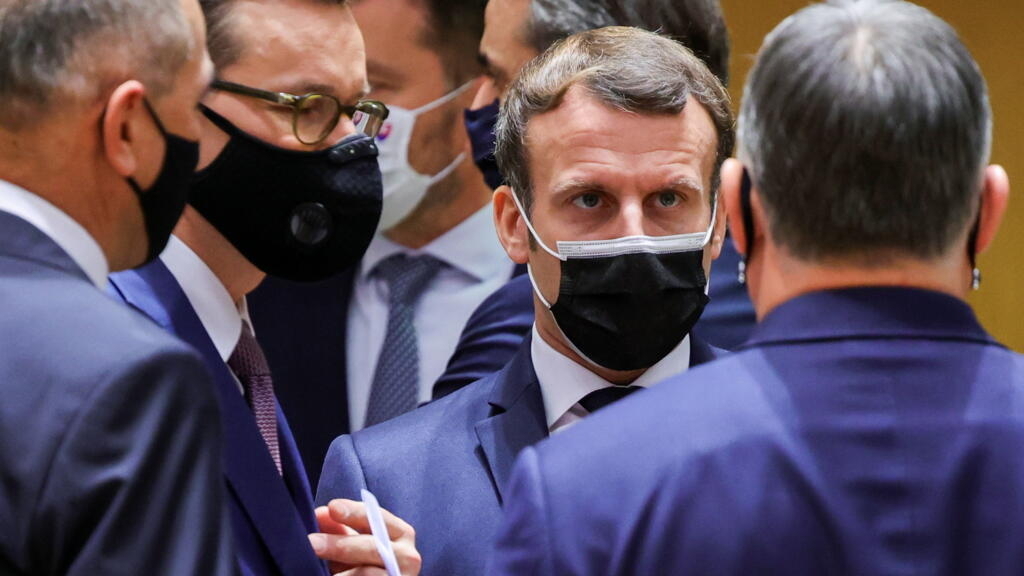 The leaders of the European Union paved the way for the post-Covid recovery plan, based on an unprecedented common loan, thanks to a compromise which made it possible to rally Poland and Hungary. They also agreed to sanction Turkey.

The European Union (EU) will be able to borrow jointly to revive its economy, without sacrificing the new mechanism making the granting of its funds conditional on respect for the rule of law. This is the compromise that was found with Hungary and Poland during the summit organized in Brussels Thursday 10 December. “This is a strong signal, triumphing over selfishness: the rule of law will apply everywhere”, welcomed German Finance Minister Olaf Scholz, whose country holds the rotating EU presidency.

Adopted in July, the European budget for the period 2021-2027 (1,074 billion) and the recovery plan (750 billion euros) had been blocked for a month by the vetoes of Hungary and Poland.

The two countries, regularly accused of undermining democratic values, intended to oppose a mechanism that could deprive them of European funds in the event of violations of the principles of the rule of law (independent justice, anti-corruption policy, etc.).

To overcome their reluctance, Germany proposed that the mechanism be accompanied by an “explanatory” declaration, specifying in particular the possibility of bringing the matter before the European Court of Justice to examine its legality before it comes into force, even if it means delay it.

Such an appeal takes 18-19 months on average, according to the Court … ie until the next elections in Hungary. But once validated, the device will apply retrospectively from January 2021. The declaration was approved Thursday by the heads of state and government of the Twenty-Seven meeting in Brussels.

“We can say, in all modesty, that we have saved the unity of the Union (…) no one can circumvent an elected government, neither the European Parliament nor the Commission”, boasted the Hungarian Prime Minister Viktor Orban at a joint conference with his Polish counterpart Mateusz Morawiecki.

For him, “it’s a victory” because “the mechanism will be limited to precise criteria”, which exclude social issues (right to abortion, LGBT rights) and migration policies.

For their part, several countries – worried about a weakening of the device – said they were satisfied that the mechanism itself had not been revised. The hypothesis of a recovery plan for Twenty-Five, which would have deprived the two recalcitrant of significant European funds, was raised.

“Europe is moving forward, united, and carrying its values,” responded French President Emmanuel Macron, congratulating himself on having “sacrificed neither the recovery nor the rule of law”. The first payments of the stimulus fund could be made by the end of the first quarter of 2021, according to the Élysée.

“The summit declaration has no legal effect on the regulations (on the rule of law) that had been negotiated. It is a simple document which allows Poland and Hungary to save face,” he said. MEP Petri Sarvamaa (EPP, right) rapporteur for the text.

After bitter talks ended shortly before midnight GMT, the Europeans also overcame their divisions to sanction Turkey for its gas exploration work in disputed sea areas with Greece and Cyprus, according to several diplomatic sources. .

The threat of retaliation was raised in October, but several states hesitated, “Germany fearing migratory flows, Italy because of energy ties with Turkey, Eastern countries seeing Ankara as an ally of the NATO important vis-a-vis Russia “, explains one of these sources.

Finally, “the measures decided will be individual sanctions, and additional measures may be decided if Turkey continues its actions,” said a diplomat. The Twenty-Seven will make a new point in March.

On the other hand, no agreement was yet in sight to adopt a new greenhouse gas emissions target for 2030 – even as the release from the budget paves the way for a major energy transition fund.

On the eve of the fifth anniversary of the Paris Agreement, member states were to give the green light to the Commission’s proposal for a reduction of “at least 55%” from the 1990 level, against a target of 40% currently.

The differences concern the modalities and the distribution of efforts: very dependent on coal, Poland – allied with several Eastern European countries – fears heavy economic consequences and demands details of the aid it would obtain.

“The EU cannot fail on the climate after having been a leader for twelve years” while the United States, Japan and China have set themselves carbon neutrality ambitions between 2050 and 2060, observed a European source.