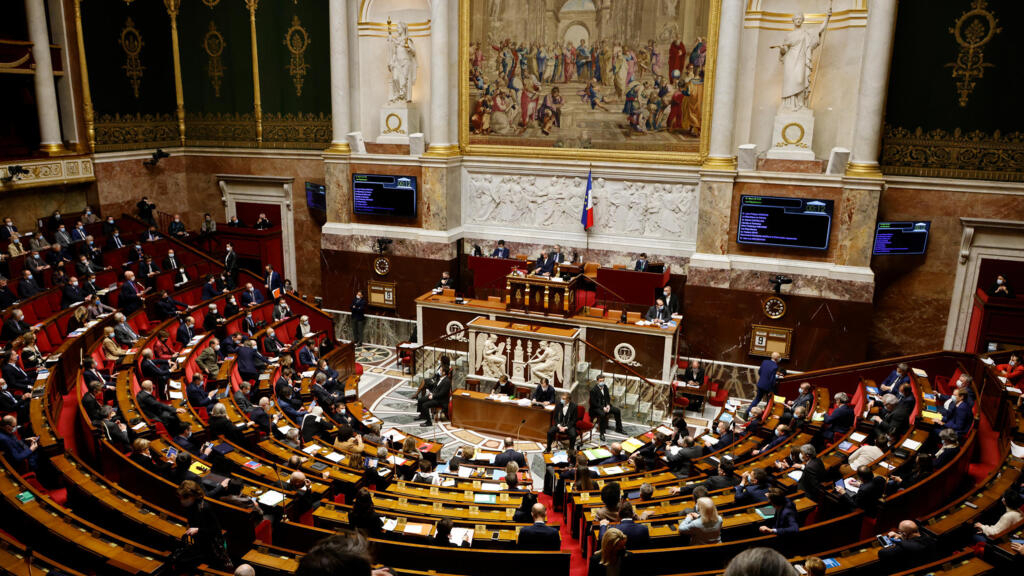 The deputies voted, Saturday evening, the final provisions of the future climate law by adopting an offense of ecocide in the event of intentional pollution of the environment. The text, deemed insufficient by environmentalists, will be sent to the Senate before a global vote scheduled for May 4.

The deputies ended, on Saturday, April 17, discussions on the draft Climate law by adopting a series of measures, including the creation of an ecocide offense to punish any intentional pollution of the environment.

A global vote is scheduled for May 4 around this text praised by the majority but considered very insufficient by environmentalists.

The final provisions adopted allowed the vote of a battery of measures intended to strengthen the arsenal against environmental damage. The deputies voted to create a controversial offense of “ecocide”, in the event of intentional pollution of water, air and soil.

The left considers this offense insufficient, as the Citizen’s Climate Convention (CCC) which inspired the bill and also wanted a “crime of ecocide” of international scope. The right is worried about “legal insecurity”.

Greenpeace denounces a “lure” and criticizes overall a “missed appointment of the five-year Macron”.

Before the passage to the Senate, the deputies also voted the creation of an ambitious system of evaluation of the measures of the law and the environmental impact of the country.

The Covid-19 pandemic deprived this bill of the visibility that the “walkers” wanted to give it, in a parliamentary calendar shaken up by debates on health restrictions or the maintenance of regional ones.

At the conclusion of the debates, the Minister of Ecological Transition, Barbara Pompili greeted, visibly moved, “a law which will affect the daily life of all our fellow citizens” and had “a thought” for the members of the CCC.

Towards the end of “thermal strainers”

The majority will now have to “do the post-vote service”, with “a lot of small things (which) will hit the daily life of the French”, such as measures on “housing” or “cycling”, insists an LREM parliamentarian.

The text was enriched during the session. The deputies extended the ban on the rental of “thermal strainers” (housing classified F and G in energy performance) in 2028, to housing classified E in 2034, despite criticism from real estate professionals.

They also voted for “individualized support” for households at each stage of the renovation, and a partial guarantee for loans to low-income families.

However, insufficient to convince environmentalists, who, like the CCC, demanded a general obligation to renovate by 2040.

Absent initially, the bicycle was incorporated into the bill, in particular thanks to the extension of the premium for conversion to the acquisition of electric bikes.

For the air, the elimination of internal lines (between Paris-Orly and Nantes, Bordeaux or Lyon), when there is an alternative by train of less than 2:30, animated the discussions.

Although it endorses decisions already taken with Air France in return for its bailout, the provision has been contested by a handful of deputies from all sides, mainly elected from the South West, where Airbus and its subcontractors irrigate the activity. .

The Climate Convention had recommended a ban from an alternative of 4 hours by train.

The ecologist deputy Delphine Batho denounces a bill “not up to” the proposals of the CCC, warning that she will not approve “such a shipwreck”.

Marked by the crisis of yellow vests born of a carbon tax on fuels, the government has continued to insist on the “crest line” between “ecological ambition” and “social acceptability”.

A clear caution about heavy goods vehicles, a sector very hostile to the text. The LREMs thus underline the many “stages” before the possible establishment of a regional ecotax in the voluntary communities. And wait for the beginning of 2022 to specify the path of elimination of the tax advantage of road diesel fuel by 2030.

Not enough to start the criticisms of LR deputies, who castigate a “punitive ecology”, promising the defense of a “positive ecology” during the presidential election.

Environmentalists, like independent bodies such as the High Council for the Climate, consider that this text will not be enough to achieve the objective of reducing greenhouse gas emissions by 40% by 2030 by compared to 1990.

“This text is in the middle of the ford”, especially for “the young generation much more impatient”, estimates the “walker” of the left wing Jean-Louis Touraine.

“This is not the first law nor the last, but we go up the stairs four by four,” responds rapporteur Jean-René Cazeneuve (LREM).

“Benjamin Netanyahu has no intention of resigning”