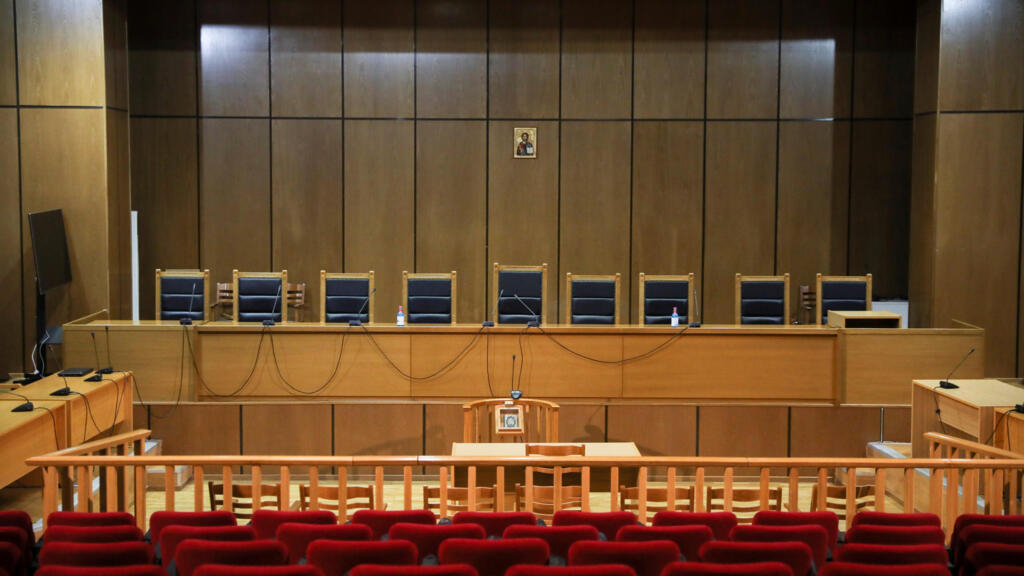 The future of greek neo-nazi party Golden Dawn was played on Wednesday, October 7. Athens Criminal Court called the party a “criminal organization”. The founder and leader of the Greek neo-Nazi Golden Dawn party, Nikos Michaloliakos, was found guilty on Wednesday (October 7) of “leading a criminal organization”, as the crowd exploded for joy in front of the courthouse.

The verdict was greeted with applause in the courtroom as well as shouts of joy and tear gas in court. Nikos Michaloliakos, 62, denier and admirer of National Socialism, was one of 68 defendants in the neo-Nazi party’s river trial implicated in a murder and two attempts

“They are not innocent”

The anti-fascist movement, unions and left-wing parties called for a rally outside the court in central Athens on Wednesday morning under the slogan “They are not innocent” as large police forces are deployed.

First, the verdict concerns the murder of the rapper and left-wing activist Pavlos Fyssas, murdered with a stab on the night of September 18, 2013, at the age of 34, in front of a cafe in his district of Keratsini, a suburb of western Athens. His killer who confessed to the murder, Yorgos Roupakias, member of Golden Dawn, faces life imprisonment.

The other two cases concern two “attempted homicides” also involving members of Golden Dawn: one against Egyptian fishermen on June 12, 2012, the other targeting members of the communist union PAME on September 12. 2013.

It was the shock caused by the murder of Pavlos Fyssas, in a Greece then in the midst of a financial crisis, which prompted the authorities to arrest and bring to justice the leaders and members of this formation, responsible for numerous violence against migrants and activists from left.

In front of the Athens court, the sound of Pavlos Fyssas, alias Killah P, Greek rapper assassinated by a sympathizer of Golden Dawn in 2013. A murder which led to an investigation and opening of 1 trial against members of the party that entered Parliament from 2012-2019.Verdict today pic.twitter.com/1jzFN8atSW

Sixty-eight people are on trial, of whom twenty are former deputies and party officials, including its founder and leader Nikos Michaloliakos. Those accused of “leading a criminal organization” face sentences ranging from five to fifteen years in prison.

Forty-five people are accused of “belonging” to such an organization and face five to ten years in prison, while three others are being prosecuted on other charges relating to the cases on trial.

The main stake of the verdict “is to know if the court will condemn the leadership and the members of the party for the crime of ‘constitution and / or belonging to a criminal organization'”, explains to AFP Me Kostas Papadakis, lawyer of the fishermen Egyptians.

Because in December 2019 the prosecutor Adamantia Economou demanded their acquittal, considering that the existence of a “criminal organization” had not been proven.

An indictment that has aroused strong criticism from jurists and a large part of Greek society. “It is legally very difficult for the court to avoid qualifying this party as a criminal organization,” said Nikos Alivizatos, constitutional expert and professor at the University of Athens, during a video conference recently organized by the Greek League of human rights.

A small formation since the 1990s, Golden Dawn was created by Nikos Michaloliakos, 62, denier and admirer of National Socialism.

The socio-political debacle after the financial crisis of 2010 benefited Golden Dawn, whose representatives entered the Greek Parliament for the first time in 2012.

Back then, groups of men in black roamed the streets of Athens, beating their opponents with kicks or iron bars and chanting “Blood, Honor, Golden Dawn”.

Represented most of the time by their lawyers, the defendants have denied the charges.

But for the civil party, the exhibits, photos and videos shown at the trial prove that Golden Dawn has a strictly hierarchical structure, trained its members in the handling of weapons, had ‘militias’ and used Nazi symbols.

Described as “historic” by the political world and the civil party, this trial gradually led to the decline of the formation whose leadership currently denies the Nazi ideology. In the last legislative elections of July 2019, Golden Dawn did not obtain any deputy.

For mee Chryssa Papadopoulou, lawyer for the family of Pavlos Fyssas, the verdict will be “a key step for justice and for the anti-fascist movement” in Greece and in Europe.

“The impact of the verdict of this emblematic trial” will go “far beyond the borders of Greece” and must mean that “hate crimes will no longer be tolerated”, also said Niels Muiznieks, director in Europe of Amnesty International.

The Google Pixel 5 will not be available in France ... in "subtly sage"

a new contamination record in France

From Castro to Chavez via Morales, the heart to the left of Maradona