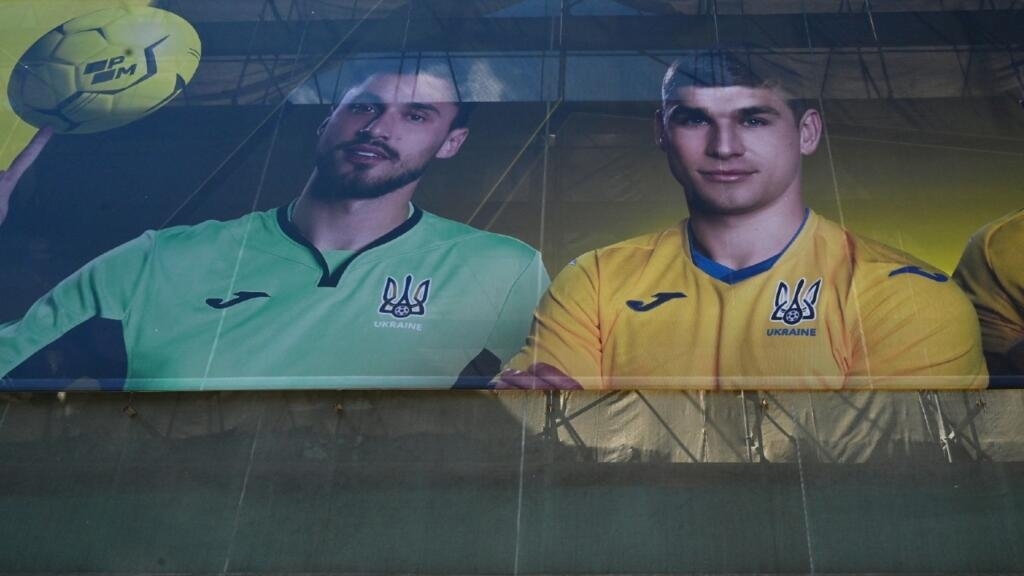 The Ukrainian football federation has sparked outrage in Russia by unveiling the new national team jersey featuring a map of Ukraine including Crimea, which Russian officials have called provocation.

Russia announced on Tuesday 8 June that he had sent a letter to UEFA to denounce the new selection jersey Ukrainian for Euro football. Hailed by the Ukrainian president, this jersey is considered “political” by Moscow.

Unveiled on Sunday less than a week before the Euro which begins on Friday, the shirts of the Ukrainian selection feature a map of Ukraine including the Crimea – which Moscow annexed in 2014 – as well as eastern territories controlled by pro-Russian separatists. This map corresponds to the recognized borders of the country.

Also included are the slogans “Glory to Ukraine! Glory to the heroes!”, Formulas taken from a patriotic song and became a rallying cry during the popular uprising of Maidan in 2014, which ousted a president supported by the Kremlin, Viktor Yanukovych.

Indignation of the Russian Federation

The presence of these slogans on the jersey drew criticism from Moscow, which associates them with WWII nationalist groups that fought the Soviets. Indignant, the Russian Football Federation (RFS) announced on Tuesday evening that it had written to UEFA to draw “attention to the use of political motives on the jersey of the Ukrainian national team, which goes against the principles basic UEFA Kit Regulations “.

“Football is a sport that must always stay out of politics,” said the RFS press service, quoted by Russian news agencies.

“By approving such a kit, UEFA is setting a precedent, because at an upcoming big tournament, we could see other countries trying to use their equipment for political ends,” he said, three days before the start of the Euro, where the two selections could meet at the earliest in the quarter-finals. Ukraine will be in Group C and Russia in Group B.

Support from the Ukrainian President

For its part, Ukrainian President Volodymyr Zelensky praised the outfit, posting a photo on Instagram Tuesday night where he poses with the new jersey.

“The new jersey of the Ukrainian football team is indeed like no other. It can be shocking. It has several important symbols that unite Ukrainians,” wrote the head of state on Instagram.

“Absolutely correct. They made an outfit unlike any other and shocking for Ukrainian football players,” Russian diplomacy spokeswoman Maria Zakharova immediately responded on Telegram messaging.

The US Embassy in Kiev also reacted on Twitter, indicating that it appreciated the new outfit and using the hashtag “CrimeaIsUkraine” (“Crimea is Ukraine”).

The UEFA, which organizes the tournament, indicated Monday that these kits of the Ukrainian selection had been approved “in accordance with the regulations concerned”. The latter indicates that no equipment should “undermine common decency or convey political, religious or race-related messages”.

The president of the Ukrainian Football Association, Andriy Pavelko, assured that the shirt had been validated with UEFA “well before” its official presentation.

hit by a second wave, Europe is gradually reconfiguring itself