the opposition reiterates its accusations of fraud during the presidential election 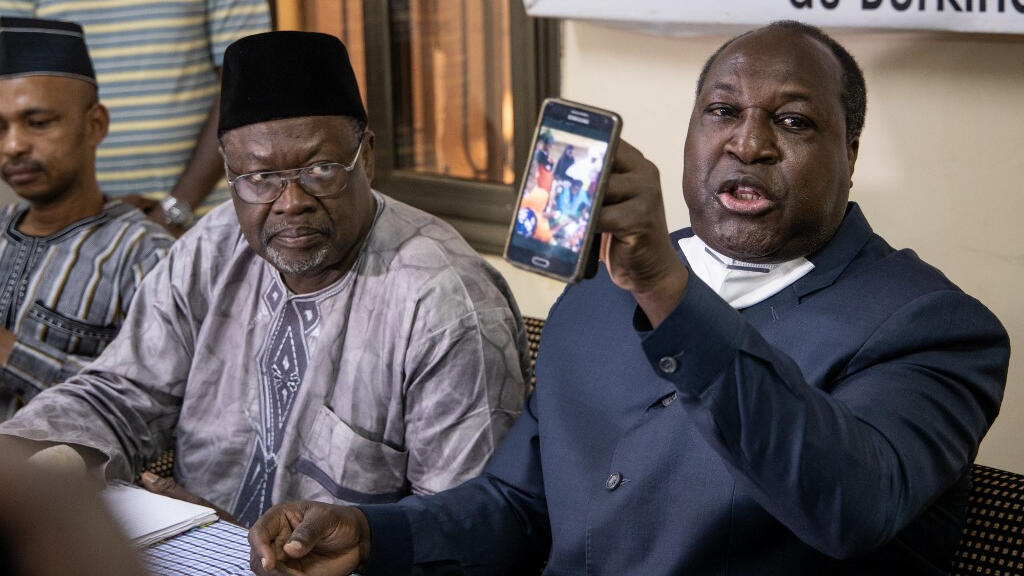 Six candidates running in Sunday’s presidential election announced Monday that they will not accept “results tainted with irregularities and which do not reflect the will of the Burkinabe people”. The camp of President Roch Marc Christian Kaboré hopes for a victory in the first round. The counting of the votes continues.

The Burkinabè opposition once again accused, Monday, November 23, the power of President Roch Marc Christian Kaboré, favorite of the poll, of “fraud” during the presidential election on Sunday, while the Independent National Electoral Commission (Céni) has barely begun to give the first results.

At the end of the day the Ceni, which has a week to announce the name of the winner, had disclosed the results of only fifteen municipalities out of 366. Sunday evening, its president Newton Ahmed Barry had recognized that “around 300 to 350,000 “people out of the 6.5 million voters were unable to vote due to security threats, particularly in the East and the North.

Sahelian country among the poorest in the world, Burkina Faso is living its darkest hours since its independence from France in 1960, sinking for five years in a spiral of jihadist and intercommunity violence, associated with an often violent repression of the security forces.

Attacks by jihadist groups – some affiliated with Al-Qaeda, others with the Islamic State organization – killed at least 1,200 people and driven from their homes a million people, who congregate in the big cities.

This should not however prevent the validation of the results, the National Assembly having adopted in August a modification of the electoral code so that the elections are valid, even if they cannot take place on the whole territory.

The new code specifies that “in case of force majeure or exceptional circumstance (…) resulting in the impossibility of organizing the elections on part of the national territory, the election is validated on the basis of the unaffected part by force majeure “.

Elected in 2015, president Roch Marc Christian Kaboré, who is running for a second term, is favorite against 12 opponents, including Zéphirin Diabré, leader of the opposition, and Eddie Komboïgo, candidate of the party of ex-president Blaise Compaoré, whose regime fell six years ago is the subject of growing nostalgia.

The opposition once again considered that the dual presidential and legislative elections were “fraught with fraud”, reiterating its threat not to accept “results marred by irregularities”.

The opposition “has very strong reservations about the sincerity and credibility of the results,” said on behalf of the opposition Tahirou Barry, one of the presidential candidates, during a press conference in Ouagadougou.

“In any case, the signatories of the political agreement (of the opposition) will not accept results marred by irregularities and which do not reflect the will of the Burkinabè people,” added Barry, who ‘expressed alongside five other presidential candidates including MM. Diabré and Komboïgo.

The presidential clan promised, as in 2015, a victory in the first round of this election considered the most open in the history of Burkina Faso, which has seen multiple coups d’état since its independence.

Without showing evidence, the Burkinabè opposition had already affirmed on Saturday that a “massive fraud” was in preparation, threatening in the same terms not to recognize “results marred by irregularity”. “It is absolutely inconceivable, after having traveled all over Burkina Faso, to think of having a winning party in the first round,” said Mr. Diabré in particular.