the Palermo tournament, testing ground for a competition during the Covid-19 era 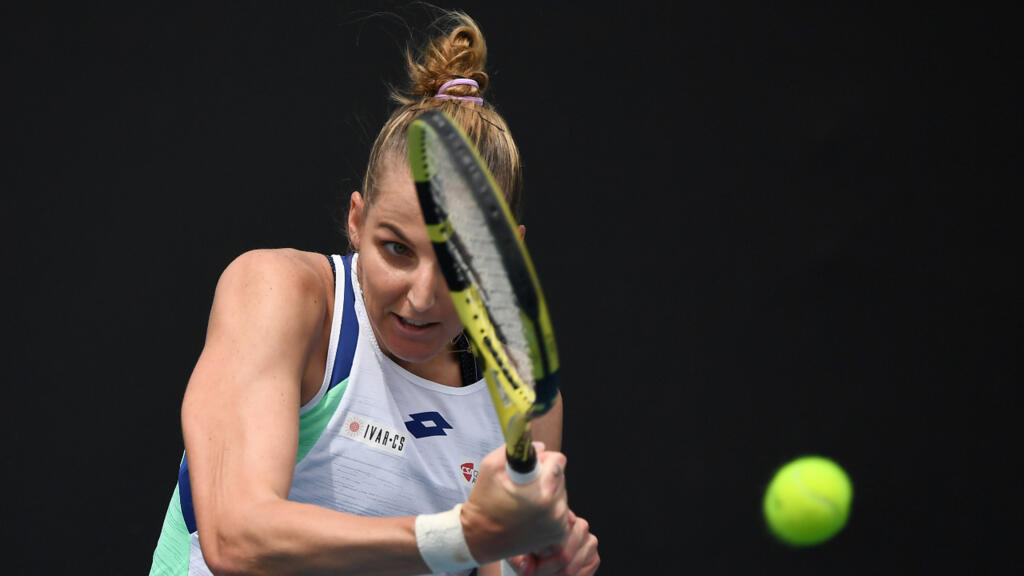 Tests, masks and physical distancing… After almost five months of hiatus, professional tennis resumed competition on Monday at a WTA tournament in Palermo, Italy. Closely scrutinized, its course may weigh on the rest of the season.

Since Monday August 3, a full-scale test has been underway in Sicily to the world of professional tennis, paralyzed for five months by the coronavirus pandemic. While a second wave threatens many countries, the tennis season is suspended from the running of the Italian tournament.

It is the city of Palermo and its minor tournament on the WTA Tour, which takes place without any headliners or top 15 players in the world, which serve as a laboratory. Eight matches of the first round have already been played on Monday, and eight more duels are scheduled for Tuesday, August 4.

This competition, the final of which will be played on August 9, is highly observed and subject to numerous health measures and protocols.

“No right to fail”

“We are confident, but I also feel a great responsibility in the sense that we do not have the right to fail, explained before the start of the competition the director Oliviero Palma interviewed by Tennis Majors. It is the first world tournament to resume and he must demonstrate that the sport can come back. “

However, the experience almost came to an end after a player tested positive for Covid-19 just minutes before the start of qualifying for the tournament on August 1. The WTA said in a statement that the player in question, who was asymptomatic, was quickly placed in solitary confinement, in accordance with the plan established to combat the spread of Covid-19.

A test repeated every four days

Concretely, around and on the court, the situation has changed. The players, who arrived in Palermo three days early and subjected to two Covid-19 tests, renewed every four days, are confined to the hotel and the competition site. Not masked during matches on clay, they must be masked when entering and leaving the court. The formal handshake and friendly hugs being banned, the players found the parade to greet each other by lightly knocking their rackets over the net.

In principle, the chair umpire and coaches, placed in the front row of the stands, must be masked, as everywhere in the aisles of the sports complex. But during certain games, in particular the match between, on August 3, Kristyna Pliskova and Maria Sakkari, neither the main referee, nor the linesmen, limited to five (instead of 11) and distributed a way to respect physical distancing, did not wear it properly and in a continuous manner.

The ball collectors, also limited to three (instead of six), are exempt from the chore of the towel, in order to avoid contact with the players. Finally, on the public side, only 350 spectators, also in principle masked, can attend a match, after taking their temperature at the entrance.

“It’s weird, sometimes it’s funny with all these different protocols, the masks, the visors in the cars … Sure, it’s necessary but it’s so different that sometimes it just looks unreal, ”said Croatia’s Petra Martic, the tournament’s number one seed, before the start of the competition.

Asked by Franceinfo about this recovery, Jean-François Caujolle, organizer of the tournaments in Lyon and Marseille, felt that it was necessary. “What is important is indeed that things restart (…). By maintaining the distance and maintaining certain barrier gestures, I believe that life must resume. And within life, tennis must resume also, “he said.

Conclusions will have to be drawn from the Palermo experience as the WTA and ATP have given the green light to maintain 14 tournaments until the end of the season, while 15 others have been canceled, including competitions which were to be arguing in Asia.

Especially since the US Open looms, the first major event on the tennis calendar. The American Grand Slam tournament has been maintained on its original dates, from August 31, when the epidemic is very widespread in the United States. But the official announcement of the cancellation of the Washington tournament, scheduled for August 14, which was to launch the resumption of the season on the ATP circuit, as well as the numerous restrictions on international travel raise fears of an outright postponement of the ‘US Open.

However, the start of the Cincinnati Masters 1000, which is scheduled to take place behind closed doors at the Flushing Meadows venue in New York City ahead of the US Open, is currently held on August 22.

“The American Tennis Federation will create a safe and controlled environment for players and all those involved in the two tournaments, which will mitigate health risks,” assured the instance in mid-July.

Still, many players have already expressed doubts about their coming to a country which has recorded 156,000 deaths related to Covid-19. World number one Novak Djokovic and his runner-up Rafael Nadal, who are among the participants in the preparation tournament for the US Open, have expressed doubts about the interest of organizing the Grand Slam tournament in a country still strongly affected by the epidemic.