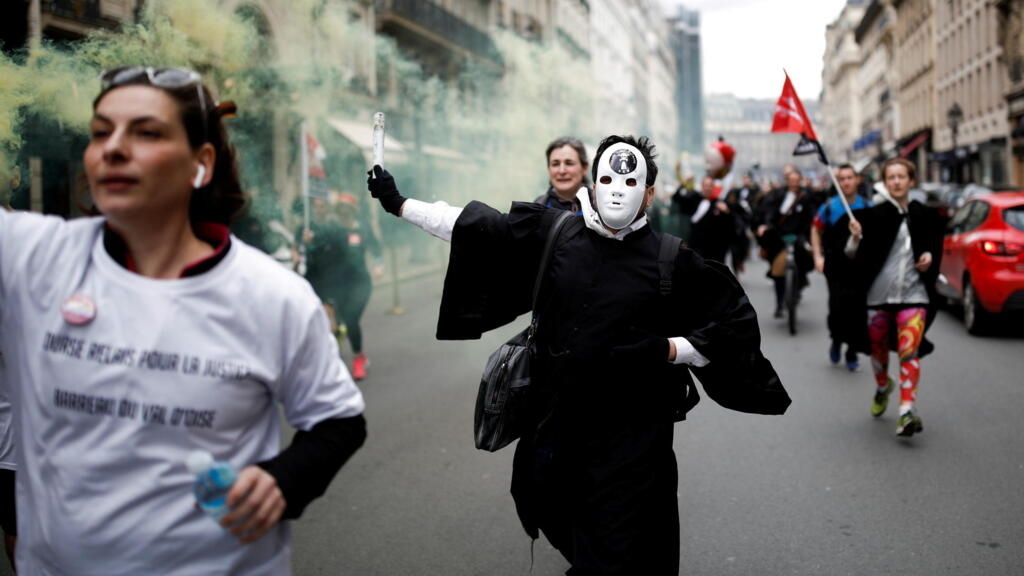 President Emmanuel Macron estimated Thursday in the Lot that the very controversial pension reform could not “be resumed as it is”, after its suspension in March 2020 at the start of the Covid-19 pandemic.

While at the heart of an intense social movement, the pension reform could not “be resumed as is”, reaffirmed the French president Emmanuel Macron Thursday, June 3, during his trip to the Lot. The highly controversial project had been the subject of an intense movement of social protest at the end of 2019 and the beginning of 2020, before to be suspended with the arrival of the pandemic of Covid-19.

“This is a question that we must collectively ask ourselves. I do not think that the reform which was initially envisaged can be resumed as it is,” the Head of State told the press in Martel.

“It was very ambitious, extremely complex and, suddenly, was a source of concern,” he recalled, deeming it important to “take into account” these “fears” and the context created by the health crisis.

Priority to “recovery” and “public finances”

“It is too early” to comment on the future of the reform, which “in any case, it will not be the same and nothing is excluded”, added the president on the second day of his trip to the Lot . He specified that the current priority of the government was “the resumption of activity” after the crisis but also “to see how the solidity of our public finances is assured”.

“On the other hand, can we do nothing about retirement in the coming months?” Asked Emmanuel Macron, without saying if he would put this project back on the table before the presidential election of 2022.

“To do this, we need to look at two things: have we settled the prerequisite for the issue of work and resumption of activity – I think it is the mother of reforms, for me it is the priority And the second is then to see how the solidity of our public finances is ensured during the period, “continued the President of the Republic.

“It is in the debate with the French, with the representatives of trade unions and employers, with the political forces that I want to forge this conviction a little,” he added. By specifying that he was also awaiting the recommendations of the report requested from the “best international experts led” by economists Olivier Blanchard and Jean Tirole on the strategy “for the future of France”.

The Minister of the Economy, Bruno Le Maire, recently estimated that France needed it “for its pay-as-you-go pension system to be financially viable”.

The majority remains divided on the merits of relaunching, as the 2022 presidential election approaches, the debate on this ultra-sensitive reform project.

From summer 2020, at the time of the appointment of Jean Castex at the head of the government replacing Edouard Philippe, Emmanuel Macron had estimated in an interview with the regional press that this reform, included in his electoral program of 2017, could not be abandoned but had said he was “open to what it is transformed “.

decisions on restrictions within 8-10 days, the economy suffers

the complaint of a Franco-Vietnamese woman deemed inadmissible in France

The French lose to Finland (2-0), three days before Portugal