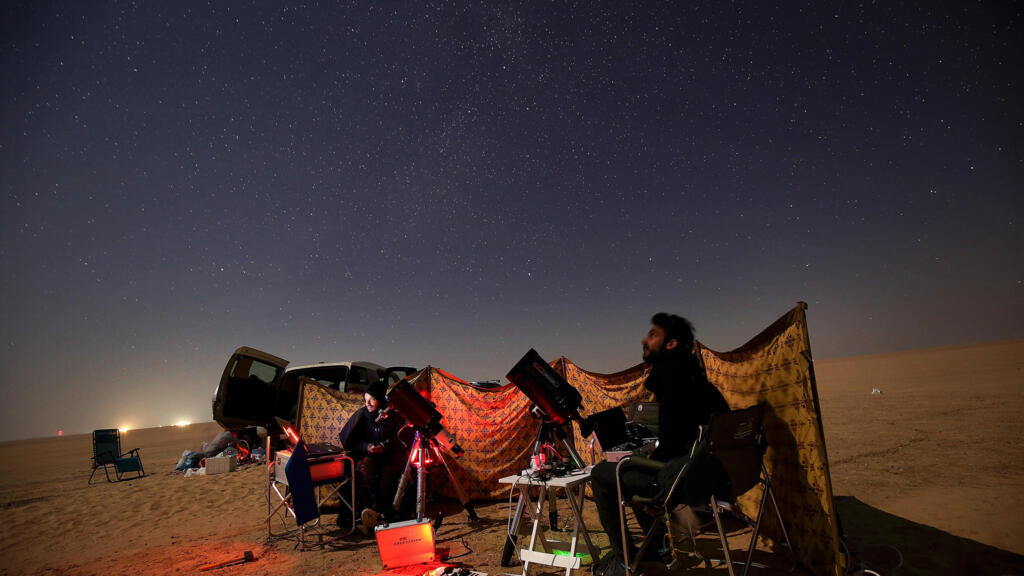 The two gas giants, Jupiter and Saturn, came closer on Monday to appear in the same field of view of an observation instrument. A “Great conjunction” which will not occur again until 2080 in such proportions.

The two biggest solar system planets, Jupiter and Saturn, got closer to the maximum, Monday, December 21, during a “Great conjunction” as the astronomers. This phenomenon corresponds “to the time it takes for the two planets to find similar relative positions with respect to the Earth”, had explained to AFP before the event Florent Deleflie, of the Paris Observatory – PSL.

At 7:22 p.m. PST, they appeared in the same field of view of an observation instrument, giving the impression of brushing against each other when in reality they were more than 730 million kilometers away. one from the other.

The best viewing conditions were in areas near the equator, while in Western Europe, and much of Africa, you had to look to the southwest. In India, hundreds of astronomy fans gathered at the Birla Industrial and Technological Museum in Calcutta, where they could admire the cosmic dance through a telescope.

This unusual rendezvous happened by chance on the day of the winter solstice for the northern hemisphere.

The apparent rapprochement between the two planets had already started for several months, before reaching a minimum distance on Monday almost giving the impression that the two stars in the sky were one.

Jupiter, the largest, circles the Sun in twelve years, Saturn in twenty-nine years. And every twenty years or so, the two planets seem to come closer when we observe the celestial vault from Earth. To the naked eye, the rapprochement will give the impression of a double planet, “Jupiter and Saturn being two very luminous stars”, he had detailed.