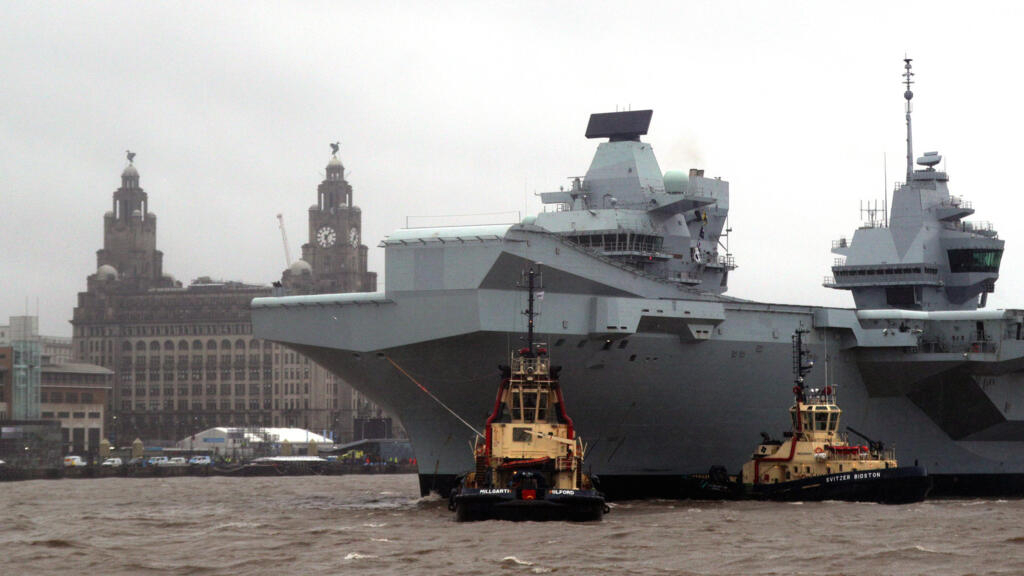 With less than 48 hours from the deadline for establishing a post-Brexit trade agreement with the European Union, Royal Navy ships are standing by to protect British waters where tensions could arise in the event of a “no deal”.

Preparations in the event of a “no deal” are accelerating. On the eve of the deadline to tie a post-Brexit trade agreement with the European Union, Royal Navy vessels stand ready to protect British fishing grounds where tensions could arise if negotiations fail.

European negotiator Michel Barnier met on Saturday 12 December with his British counterpart David Frost in Brussels for final discussions before the decision expected Sunday on the fate of post-Brexit negotiations. Discussions between the negotiating teams continued on Saturday evening and may even continue on Sunday, sources close to the talks said.

If no compromise is found, the UK, which formally left the EU on January 31, 2020 but continues to abide by EU rules during a transition period that ends on December 31, will regain full control of its countries. waters on January 1st.

Fishing, point of tension in negotiations

Four 80-meter-long vessels stand ready to prevent EU trawlers from entering UK waters if there is no new agreement on fishing rights, one of the sticking points in negotiations commercial.

The British Ministry of Defense has confirmed that ships are on standby, saying it “carried out intensive planning and preparations to ensure Defense is ready for various scenarios at the end of the transition period”, according to a door -speak of the ministry.

This deployment evokes bad memories of the “cod wars” with Iceland over fishing rights in the North Atlantic, which lasted almost 20 years, before finally finding a settlement in the 1970s.

Preparations for a “no deal” have accelerated in recent days on both sides of the Channel, with British Prime Minister Boris Johnson and European Commission President Ursula von der Leyen showing up pessimistic about the outcome of the talks. These block on three subjects: fishing, the settlement of disputes in the future agreement and the guarantees demanded of London by the European Union in terms of competition.

In the case of a “no deal”, trade on either side of the Channel risks being carried out under the sole rules of the World Trade Organization (WTO), synonymous with customs duties and quotas.

Fishing has been one of the areas of tension in trade negotiations. Despite its negligible economic weight, the subject is crucial for several Member States (France, Spain, Belgium, the Netherlands, Denmark, Ireland), whose fishermen want to keep access to British waters, which are full of fish. The inflexibility on both sides of the Channel did not make it possible to reconcile starting positions at the antipodes: the status quo in access to these waters on the European side, full control for London with quotas negotiated each year.

Retired Admiral Alan West, former Chief of the Naval Staff, saw fit to prepare for possible tensions in British waters. “It is entirely appropriate for the Royal Navy to protect our waters if the position is that we are a sovereign state and the government does not want to see fishing boats from another country there,” he said. he told the BBC.

The Defense Ministry said it has 14,000 soldiers ready to be deployed to help with the post-Brexit transition. According to British media, army helicopters could also be used to monitor the coasts.