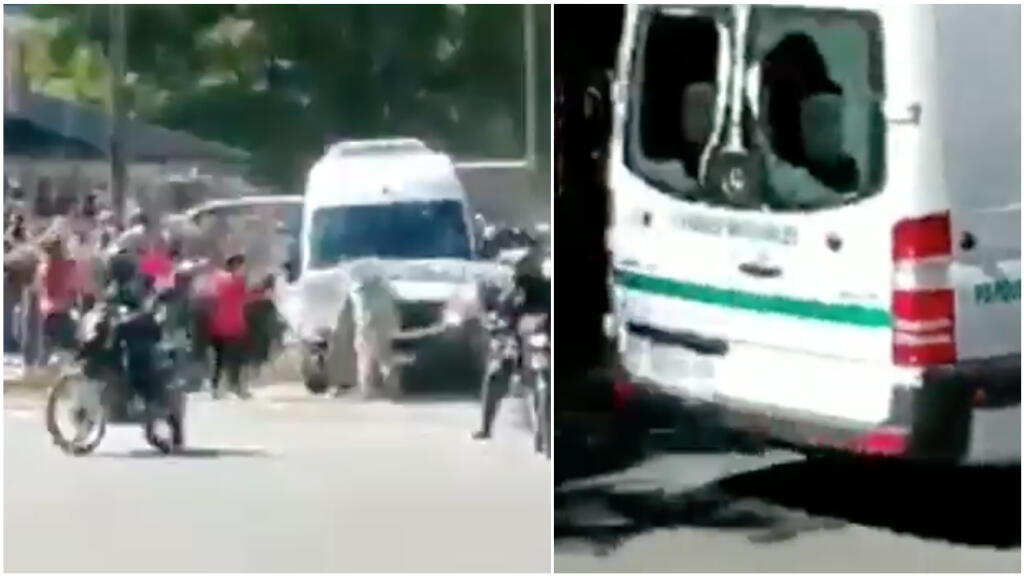 Demonstrators violently attacked the van in which Argentine President Alberto Fernández was riding on Saturday (March 13) to protest against a local mining project. The incident took place in Lago Puelo, in the province of Chubut, in Argentinian Patagonia, an area affected by serious fires since last week. The head of state was forced to leave the scene in a hurry.

In several videos posted on social networks and by Argentinian media, President Alberto Fernández is seen coming out of a building, amid screams and insults from demonstrators. The Head of State then finds it difficult to get into a van. Some then begin to bang on the vehicle and unfurl a banner. Then the van manages to leave, and we see its rear windows smashed. According to local media, stones were thrown, but it is not clear from the videos.

Video shot on Saturday, March 13, in Lago Puelo, Argentinian Patagonia, in which we see the Argentine president’s van being attacked by protesters.

“Stones, kicks and blows a few meters from Alberto Fernández: this is how the presidential procession was attacked”, headlines this Argentinian media on Saturday (March 13th).

No one was injured in the incident, but Alberto Fernández then canceled his visits to nearby communities and left the area by helicopter.

The Argentine president visited Lago Puelo to see the damage caused by the fires currently affecting the province of Chubut, and to announce that aid would be paid to those affected.

For their part, the demonstrators wanted to protest against a major surface mine project, which could be developed in the province and which generates strong rejection from the population. However, the Argentine president has declared that the approval or rejection of this project was not his responsibility: “This is a matter for the province, the problem must be solved by the people of Chubut. I know both points of view very well. this topic, but it is beyond my control. “

Already one dead in the fires in Patagonia

Fires started in the region on March 9, killing one and injuring seven. About ten people are also missing. In addition, around 200 people had to be evacuated and more than 200 homes were damaged by the flames.

The Minister of Environment and Sustainable Development, Juan Cabandié, declared that these fires had probably been started intentionally, due to the “simultaneous outbreak of fires in seven localities, which were set on fire within three hours. “.

According to the authorities, the March 18, there were still uncontrolled fires in the provinces of Chubut and Río Negro.

the death toll rises to 90 after floods and landslides

Vladimir Putin ready to continue the dialogue if Washington is too

Villareal and Manchester United advance to the final