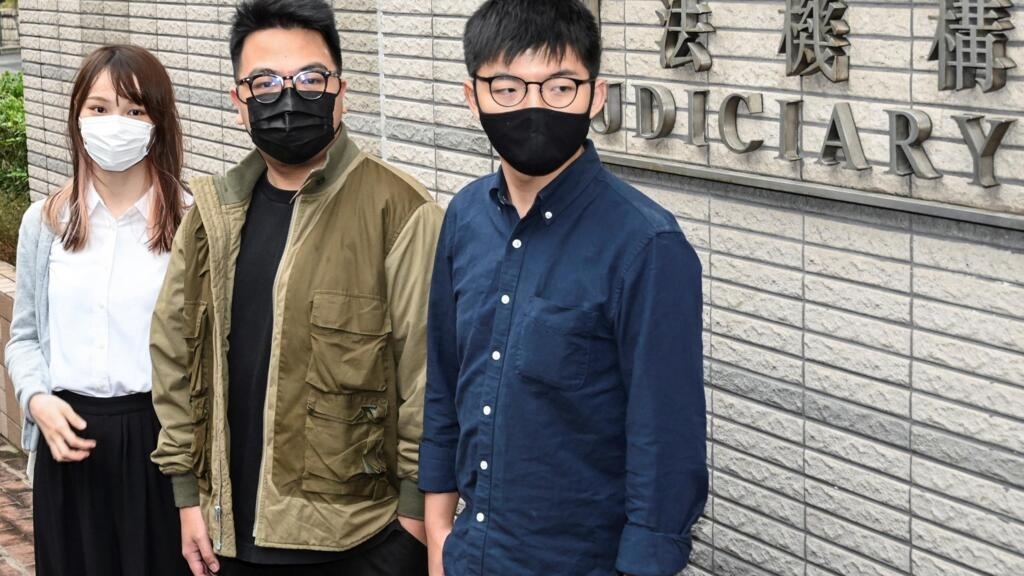 Famous activist Joshua Wong was sentenced to 13 and a half months in prison while his comrades Agnes Chow and Ivan Lam were sentenced to ten and seven months in detention for staging a protest outside the Hong Kong police headquarters in June 2019.

Three figures of the protest in Hong Kong soon in prison. Joshua Wong, and two other famous activists were sentenced on Wednesday, December 2, to prison terms for staging a protest outside the Hong Kong Police Headquarters in June 2019.

Thirteen and a half months in prison for Joshua Wong, ten and seven months for his comrades Agnes Chow and Ivan Lam. “The days ahead will be tough, but we’ll hold on,” Joshua Wong shouted as he was led out of the room.

During the trial on November 23, the 24-year-old activist and the two other dissidents, both aged 26, pleaded guilty to the charges against them. “The defendants called on the demonstrators to besiege the headquarters (of the Hong Kong police) and chanted slogans hostile to the police,” said magistrate Wong Sze-lai.

“Immediate detention is the most appropriate option,” she said. Agnes Chow burst into tears at the wording of her sentence. Despite his youth, Joshua Wong, who started activating at 13, has already been behind bars.

Embodying resistance to Beijing in the former British colony in the eyes of international opinion, he has been named one of the most influential people in the world by Time, Fortune and Foreign Policy magazines.

>> To read also: Joshua Wong, the face of the struggle for democracy in Hong Kong