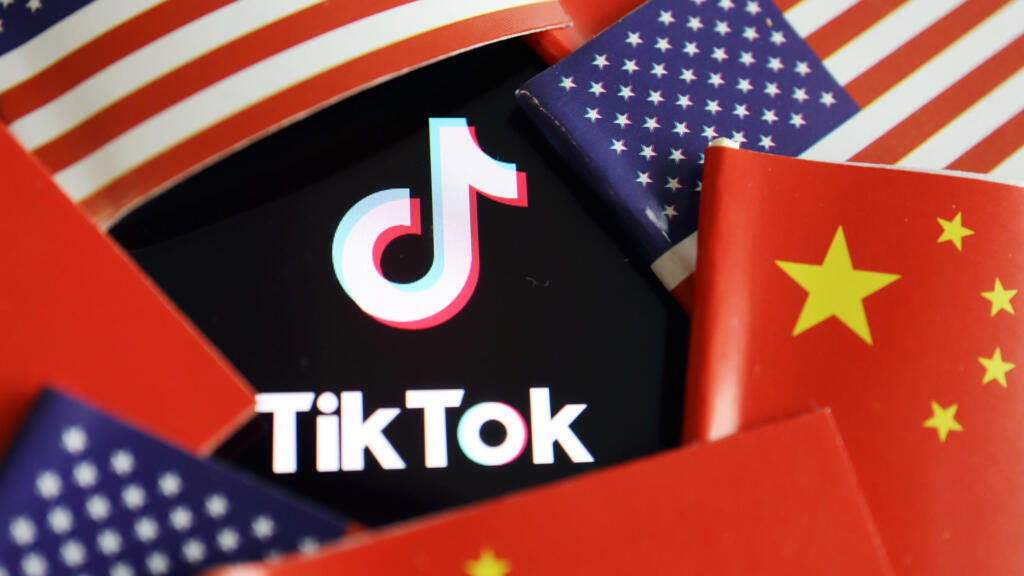 US President Donald Trump wants TikTok to become American or he will remove the Chinese social network from the United States. A strategy by which he signals to Beijing that Washington still has the power to impose its rules of the game.

There was a Huawei moment in the diplomatic-trade dispute between China and the United States. There is now a TikTok moment. The battle for the future on American soil of the very popular social network for young people of Chinese origin marks a new stage in the deterioration of relations between the two superpowers.

It is true that in some ways history seems to repeat itself. When Donald Trump erected, at the end of 2018, Huawei as public enemy number 1 from Washington, he justified it by reiterating how the Chinese giant posed a threat to “national security”. The US president and his entourage used the same rhetoric to threaten, Monday August 4, to “ban TikTok in the United States” by September 15 unless Microsoft – or another “very American company” – manages to buy out TikTok’s activities in the United States. For Peter Navarro, Donald Trump’s trade adviser, “American mothers should be concerned that the Chinese Communist Party knows where their children are.”

But this similarity is only apparent, and the Trumpian anti-TikTok offensive escalates the conflict with Beijing for several reasons.

No to a Chinese Internet giant on the international scene

The US crusade against Huawei was largely based on the conglomerate’s supposed ties to the Chinese military. It was thus easy to portray the electronics giant as a Chinese military’s Trojan horse to spy on the whole world.

Not so with TikTok. Being Chinese now seems to be enough for Donald Trump. The social network has, in fact, unsuccessfully made great efforts to appear as American as possible, notably by appointing a former Disney director at the head of TikTok.

Washington is thus sending a clear message to Beijing: the United States will do everything “to prevent the emergence of a Chinese internet champion who succeeds in asserting himself internationally, however he is run. ”, Underlines the Wall Street Journal.

The TikTok affair has “finished convincing Beijing that all that matters to the United States is preventing Chinese companies from competing with American groups in the technological field,” the American daily continues.

Who is the Boss ?

If Donald Trump has finally agreed that Microsoft can have the butter – that is, TikTok in the United States – he wants to get some of the money back from the butter. “A substantial percentage of the sale price is going to have to be returned to the treasury, because we are the ones making this transaction possible,” he said, sparking disbelief and anger from some of the media. “This is gangster capitalism,” wrote The Intellectualist, a liberal news site, on Twitter, while the Axios site finds the process “very close to extortion.”

The vast majority of reactions thus deplore the attitude of Donald Trump, compared to a blackmailer, towards Microsoft. But this demand, as unprecedented as it is on the part of a head of state, also represents a way for the American president to remind people who is the boss.

At the national level, first: “Ixl acts as the CEO of the company in the United States, suggesting that there cannot be a large transaction without his approval and without profit for him,” argues the New York Times.

On the international scene, Donald Trump is also seeking to humiliate Beijing with this exit. He not only wants to force China to give up its first Internet application to really break through internationally, but he’s also making it known that it will make him money. “One of the reasons he initially opposed Microsoft’s purchase of TikTok was that he did not want this transaction to enrich Beijing,” said the Financial Times.

The provocation too much?

But beyond indignation, the Global Times acknowledges that China has few weapons this time around to respond. Most American social networks – Facebook, Twitter or even YouTube – are already banned in China.

Apple remains. On Chinese social networks, Internet users have started calling on the authorities to force the apple brand to sell its activities in China. But “given the current stock price of Apple, it could be very expensive in Beijing”, John Gruber note, one of America’s top apple brand specialists. China will therefore have to find something other than its usual strategy of responding “eye for an eye, tooth for tooth” to each American sanction. At the risk of making the situation even worse.