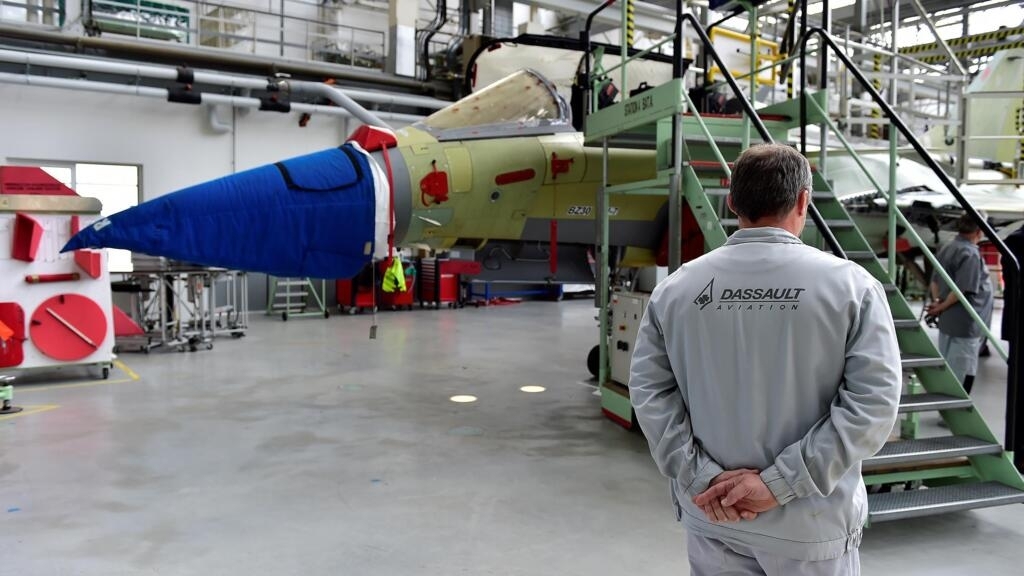 MEPs Jacques Maire (LREM) and Michèle Tabarot (LR) released their report on French arms exports on Wednesday. They propose to create a power of control of the Parliament on the action of the executive in this field. These arms sales have indeed aroused controversy for several years, particularly in the context of the war in Yemen.

“An effort of transparency necessary vis-à-vis the Parliament.” After a year and a half of work, the report on arms exports from France was finally released, Wednesday, November 18. Result of a information mission created in October 2018 after controversy on the sale of arms from France to Saudi Arabia and the United Arab Emirates, this report takes stock of the situation and makes 35 proposals, several of which aim to give Parliament the power to control action of the executive.

“The system (of arms export control, Editor’s note) is opaque and access to information is difficult today for a very simple reason, it is that any actor of this system who would reveal elements of it would create a breach in the obligation to maintain defense secrecy “, explains the deputy LREM and co-rapporteur of the text Jacques Maire, contacted by France 24. And he continues:” We propose a new independent actor. It is the French Parliament, which is legitimate but also has the possibility of working in a confidential framework to exercise the control of arms exports. “

>> To read: “War in Yemen: Paris in embarrassment for its policy of arms sales”

The report proposes the creation of a “parliamentary delegation” to the National Assembly and the Senate to combine majority and opposition. This delegation would be limited, specifies the text, “taking into account the requirement of confidentiality, responsibility and trust in relations with the administration in this sensitive area”.

This delegation would have for mission “to address the important files of the moment and the situation in the most sensitive zones”, could ask to consult the licenses to export arms – which is not currently possible – or even proceed. at hearings of members of the government.

This proposal goes in the direction of the NGOs, which have criticized for several years the lack of transparency of France in terms of arms exports. Fourteen of these organizations also recalled Monday in a press release “that [était] it is essential that Parliament can finally fulfill its duty of monitoring government action in terms of arms sales abroad “.

These NGOs denounce the arms sales contracts signed by France with countries – the United Arab Emirates and Saudi Arabia – engaged in the conflict in Yemen. In particular, they opposed, last February, the passage of a Saudi cargo ship in the port of Cherbourg, suspected of coming to look for French-made weapons destined for Saudi Arabia that could then be used on Yemeni soil.

“We feel today a crumbling in public opinion of the consensus around this public policy, a multiplication of disputes, an increase in the constraint which is linked to international treaties, recognizes the deputy Jacques Maire, and finally questions arise to know whether or not France is respecting its international commitments. “

This is why the report proposes that Parliament be a relay to public opinion: the newly created parliamentary delegation would be responsible for publishing its work “together with comments and recommendations” on the annual report already released by the government. This transparency operation could even allow, in the long term, according to the report, that a debate on arms exports “be established in public session of the National Assembly”.

The two deputies are proposing another initiative for greater transparency with public opinion: the holding, one day in the year, of a debate which would bring together representatives of the State, parliamentarians, NGOs, researchers and industrialists. This “open study day” would aim to “put into perspective” the annual report and the parliamentary debate on arms exports.

But will all these proposals find the ear of the executive? “I can’t imagine having no response from them,” replied Jacques Maire. “We have worked, we have discussed with all the interested parties, including within the various ministries concerned, and we have tried to produce something which is as close as possible to what could be a consensus. It is proposed to start under a fairly light form of arms export control, we are not proposing a revolution in the organization of the system. “