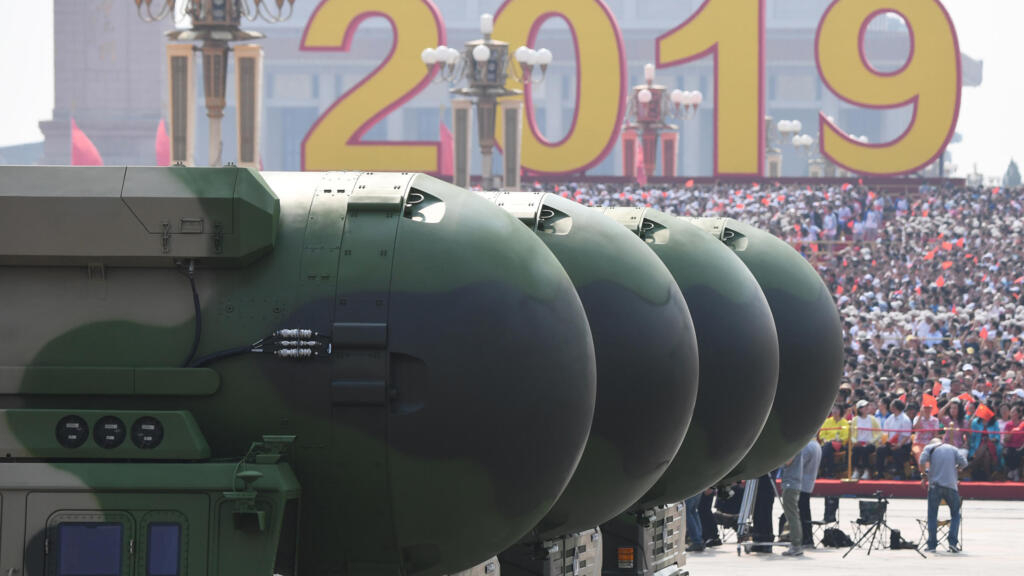 The international treaty banning nuclear weapons has been ratified by a 50th country, the UN announced on Saturday, allowing this text to enter into force in three months. However, the major nuclear powers did not sign it.

The promoters of the treaty consider the progress “historic”. The international treaty prohibiting nuclear weapons has been ratified by Honduras, a 50th country, the UN announced on Saturday (October 24). 50 is the number of signatures from which the text can come into force.

Although the treaty was not signed by thethe main holders of atomic weapons, pro-abolition activists hope that the text will be more than symbolic.

UN Secretary General Antonio Guterres celebrated the event. It is “the culmination of a global movement to draw attention to the catastrophic humanitarian consequences of any use of nuclear weapons,” according to a statement from its spokesperson.

“This represents an important commitment towards the total elimination of nuclear weapons, which remains the top priority of the United Nations in the field of disarmament,” the statement added.

“A victory for humanity”

Non-governmental organizations also welcomed the event, including the International Campaign for the Abolition of Nuclear Weapons (ICAN). This NGO, which in 2017 won the Nobel Peace Prize for its role in drafting the treaty, hailed “historic” progress.

Can we have your attention? 📢 WE GOT IT! 🙌 The UN Treaty on the Prohibition of Nuclear Weapons just reached 50 ratifications. On 22 January 2021, the ban on nuclear weapons will come into force. Tea #nuclearban is here. pic.twitter.com/8aM1JAlpjb

“Today is a victory for humanity and the promise of a more secure future,” said Peter Maurer, president of the International Committee of the Red Cross (ICRC) in a statement.

The Treaty on the Prohibition of Nuclear Weapons prohibits the use, development, production, testing, stationing, stockpiling and threat of use of such weapons. It was approved by the United Nations General Assembly in July 2017 with the support of 122 countries. And it has now been signed by 84 countries.

Among those who have ratified it recently are Nigeria, Malaysia, Ireland, Malta, Tuvalu. After the 50th ratification, that of Honduras, the treaty is due to enter into force on January 22, 2021, the UN announced.

But the main countries possessing nuclear weapons, including the United States, Britain, France, China and Russia, have not signed it.

Pro-abolition activists hope its ratification will have the same impact as previous international treaties banning landmines and cluster munitions: stigmatizing the possession and use of nuclear weapons, which could lead to behavior change even from non-signatory countries.

Nuclear-weapon states, for their part, claim that their arsenals serve as a deterrent and say they are committed to the Non-Proliferation Treaty, which aims to prevent the dissemination of nuclear weapons to other countries.

“Too many people accept nuclear weapons as an inevitable part of the international security architecture,” said Peter Maurer.

“The nuclear weapons ban treaty allows us to imagine a world free from these inhuman weapons as an achievable goal,” he added.

ICAN Executive Director Beatrice Fihn hailed “a new chapter in nuclear disarmament”. “Decades of activism have achieved what many thought was impossible: nuclear weapons are banned,” she said.

“With this success, we have taken an important step towards our goal of a world without atomic weapons”, wrote on Twitter the Austrian conservative chancellor Sebastian Kurz, recalling the “decisive role” of his country alongside other nations for defend this text.

This step, for the moment extremely symbolic, takes place in a context of strong tensions on the issue of disarmament.

The Treaty on Intermediate Nuclear Forces (INF) signed in 1987 between Washington and Moscow, which resulted in the destruction of around 2,700 missiles with a range of 500 to 5,500 kilometers, has been de facto dead since 2019, to the chagrin of Europeans . President Donald Trump withdrew the United States after accusing Russia of not respecting it.

Since then, the US-Russian New Start treaty concluded in 2010, which expires in early 2021, is considered the last nuclear deal still in force, containing the arsenals of the two countries below their Cold War peaks.

The two countries have just agreed on the principle of a one-year extension, the time to settle the substantive issues.