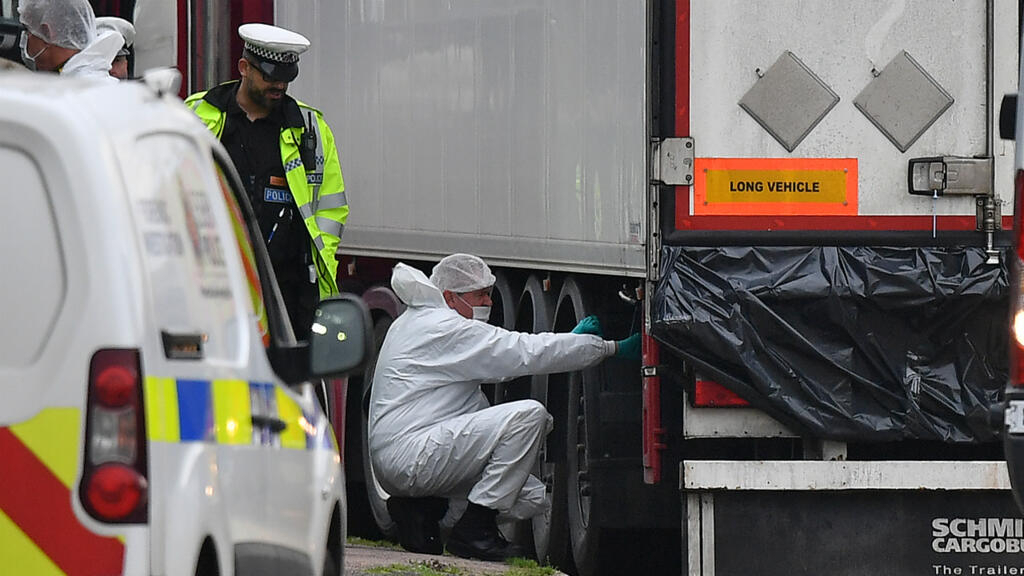 Two men tried in London in the refrigerated truck case where 39 Vietnamese migrants were found dead in England in 2019 were found guilty of manslaughter on Monday.

Two key figures of human trafficking were found guilty on Monday December 21 by the British justice of the manslaughter of 39 Vietnamese migrants, found dead in a truck in England in 2019, a case that had caused dread. Their sentences will be pronounced later. They face life imprisonment.

Gheorghe Nica, 43, accused of being a key traffic organizer, and Eamonn Harrison, a 24-year-old truck driver who escorted the trailer part of the journey, had been on trial since early October by the London Criminal Court of the Old Bailey. Both disputed the manslaughter charges.

The two men were also convicted of taking part in the smuggling of migrants, along with two other defendants, Christopher Kennedy, a 24-year-old truck driver, and Valentin Calota, 38. In this regard, only Romanian Gheorghe Nica admitted a limited role, while disputing his involvement in the deadly convoy.

On October 23, 2019, the bodies of 31 men and eight women between the ages of 15 and 44 were found aboard a trailer in the Grays industrial area, east London. The container came from the Belgian port of Zeebrugge. The victims died of asphyxiation and hyperthermia, due to the heat and lack of oxygen in the enclosed space of the container.

Among them, Pham Thi Tra My, 26, had sent a chilling SMS to his relatives, a few hours before the discovery of the bodies: “Mum, dad, I love you very much. I am dying, I can no longer breathe”.

According to justice, the gang of traffickers, which had been operating for at least 18 months, was motivated by greed, demanding around 13,000 pounds sterling (14,200 euros) per migrant to take them across the Channel by truck or boat.

“You wouldn’t transport animals that way, but they were very happy to do it and put (the migrants) at significant risk,” commented Daniel Stoten of Essex Police.

Victims from a poor region of Vietnam

During the trial, the Northern Irish truck driver Eamonn Harrison said he felt like “shit” and “devastated” when thinking of the families of the victims. But he had assured that he was unaware of the presence of the illegals in the trailer, which he had left in Zeebrugge.

The two main suspects in this case, Maurice Robinson, who drove the truck when the bodies were discovered, and Ronan Hughes, a North Irish man in his forties suspected of having organized the movement of the drivers involved in the traffic, have meanwhile pleaded guilty. and will be the subject of a subsequent hearing to determine their sentence.

Many of the victims of this tragedy came from a poor region in central Vietnam, where families run into thousands of dollars in debt to send one of their own to the UK, via clandestine channels, in the hope that they will find gainful jobs there.

The drama has shed light on the dangers of illegal immigration, with unscrupulous traffickers taking advantage of applicants’ vulnerabilities, the latter often ending up in nail bars or illegal cannabis farms in the UK reduced to a state of semi-slavery.

Seven people were sentenced on September 15 in Vietnam for their role in trafficking. A court in Ha Tinh province handed down four Vietnamese between the ages of 26 and 36, sentences ranging from two and a half to seven and a half years in prison. They were found guilty of participating to varying degrees in “the organization of the smuggling of migrants”. Three others were given suspended prison terms.

Investigations were also opened in France and Belgium, 13 suspects were charged in each of the two countries. They had been arrested during a vast international police operation, coordinated by the judicial cooperation body Eurojust.