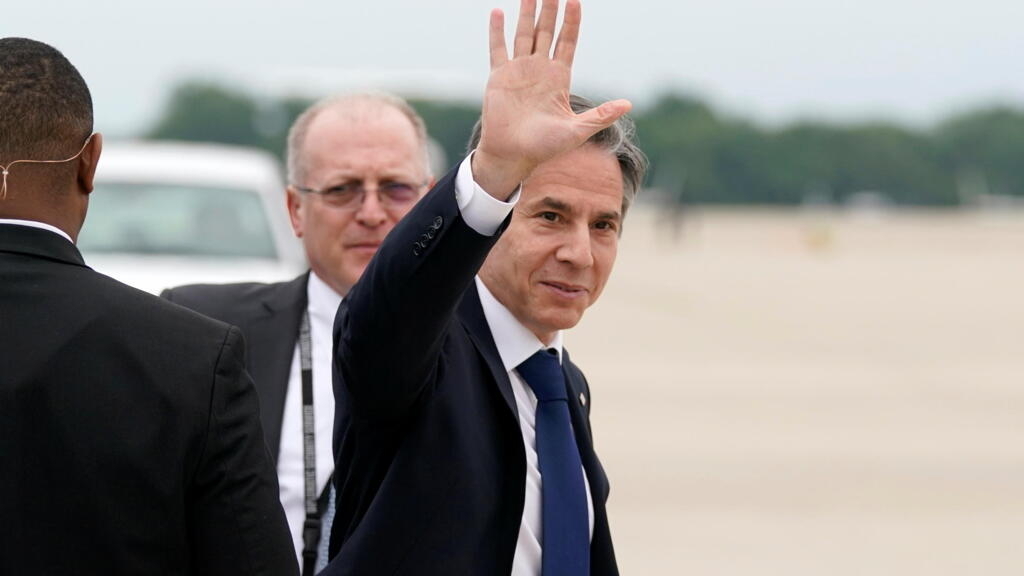 While a fragile ceasefire has been in effect for four days, Antony Blinken, US Secretary of State, is due to meet with Israeli Prime Minister Benjamin Netanyahu and Palestinian Authority President Mahmoud Abbas on Tuesday , before continuing his tour in Egypt and Jordan.

US Secretary of State Antony Blinken arrives in Israel and the West Bank on Tuesday, May 25, on the fourth day of a truce after another deadly war between Israel and Palestinian Hamas, in power in the Palestinian enclave of Gaza, while tensions remained high.

He is due to meet with Israeli Prime Minister Benjamin Netanyahu and Palestinian Authority President Mahmoud Abbas before continuing his tour in Egypt and Jordan, two regional players neighboring Israel.

The aim of the visit is “to support their efforts to consolidate the ceasefire,” Antony Blinken tweeted Monday, while US President Joe Biden said his secretary of state should “speak of steadfast support ( of the United States) to the security of Israel “and to continue” the government’s efforts to rebuild ties with the Palestinians. “

In the wake of the ceasefire, the two leaders reaffirmed their support for the “two-state solution”, Israeli and Palestinian, supported by the international community but shunned by the Trump administration and postponed to Greece by the new government before the crisis of recent weeks.

But the latest statements from the State Department and the White House do not even refer to the “two-state solution.” “Our priority is really above all to ensure that the ceasefire holds,” a senior American official told reporters before the Secretary of State’s departure, deeming “premature” all more ambitious targets.

Despite intense diplomatic efforts, tensions persist on the ground between Israelis and Palestinians. A knife attack injured two people, including an Israeli soldier, Monday in Jerusalem near the Sheikh Jarrah neighborhood. The assailant, a 17-year-old Palestinian, according to the official Palestinian agency, was shot dead by Israeli security forces.

While the guns have been silent for three days, tensions persist in the West Bank where the Israeli army has carried out numerous arrests. According to the Palestinian Prisoners Club, 43 people were arrested overnight in the occupied West Bank and annexed East Jerusalem.

The Israeli police, for their part, have reported 1,550 arrests over the past two weeks in connection with “violence”.

Traditional mediator between Palestinians and Israelis, Cairo is active in order to consolidate the ceasefire between Israel and Hamas, which does not include any conditions for the cessation of hostilities and does not establish any plan for the reconstruction of the strip of Gaza, once again devastated by war.

An Egyptian delegation is in the Palestinian enclave for talks with Hamas, an organization classified as “terrorist” by the United States and the European Union. And the head of Egyptian diplomacy, Sameh Choukry, was received Monday in Ramallah by Mahmoud Abbas.

The Egyptian minister had previously indicated that he had received a call from his Israeli counterpart to discuss means of facilitating the entry of aid into Gaza.

Israel, which has imposed a strict land but also maritime blockade on the Palestinian enclave for nearly 15 years, frequently accuses Hamas of having diverted international aid for military purposes and said on Monday it wanted an international “mechanism” for it. bypass in sending aid.

President Biden said last week that he would work with the UN to ship “major” aid to rebuild Gaza, but without giving Hamas “the opportunity to rebuild its weapons system.” He met Monday with his Egyptian counterpart, Abdel Fattah al-Sisi, about “international efforts to rebuild Gaza and provide emergency humanitarian aid”, according to the Egyptian presidency.

On Monday evening, Israel announced the daily reopening from Tuesday of the Kerem Shalom crossing for the entry of humanitarian aid into the Gaza Strip. Until then, this crossing point was open on an ad hoc basis. The sick will also be able to enter and leave Gaza for the first time since May 10 and the fishing zone off the enclave will be extended to six nautical miles.

Oil spill on the coast of northwestern Venezuela: “It has become a routine”