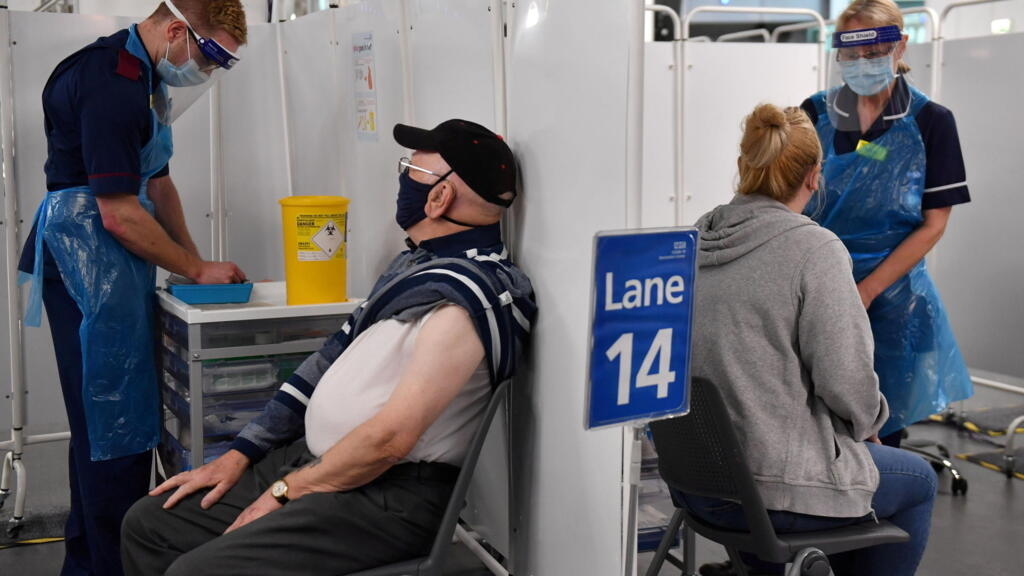 At the dawn of a new major stage of deconfinement, the British government said it was confident, Sunday, in the effectiveness of vaccines against the Indian variant, the rise of which worries. In one week, the number of cases attributed to this variant more than doubled.

The British government said, Sunday, May 16, was confident in the effectiveness of anti-Covid vaccines against the Indian variant, the rise of which in the United Kingdom worries before a new major stage of deconfinement.

The number of cases attributed to the Indian variant in the country more than doubled in one week, climbing to 1,313 this week, according to health authorities. They are mainly concentrated in the north-west and in London.

“If people have been vaccinated twice (…) we have growing certainty, based on early laboratory data (…), that the vaccines are effective against the Indian variant,” said the Minister of Health, Matt Hancock, on the BBC.

The government denies having delayed in acting

To stop the spread of the B1.617.2 variant, which may become “dominant” according to health authorities, the interval between the two doses of vaccine (up to three months) is reduced to eight weeks for people over 50 years and the most vulnerable, while screening has been stepped up in affected areas.

Stressing that the variant was “clearly more contagious”, Matt Hancock told Sky news that it could “really spread like wildfire among the unvaccinated groups”: “this is why we have to vaccinate so many people as possible, especially those most likely to be hospitalized “.

More than 36 million people have received a first dose of the vaccine since the launch of the vaccination campaign in early December, and nearly 20 million have had a second.

Faced with these outbreaks, which have the effect of a cold shower before a new major stage in the deconfinement of England on Monday, the British government defended itself on Sunday for having delayed taking action to tighten restrictions for travelers coming turkey.

On April 19, the executive decided to place India on the red list of countries whose travelers are banned from entering the United Kingdom, except residents who are obliged to carry out a ten-day quarantine at the hotel.

The announcement came on the day Prime Minister Boris Johnson canceled his official visit to India, his first major trip abroad, due to a worsening pandemic in that country.

Matt Hancock refuted that the decision to put India on the red list was pushed back due to the Tory leader’s trip. “We make these decisions based on the evidence,” he told Sky News.

Question the lifting of restrictions

Despite calls for caution from scientists, the government said there was no reason to postpone the easing planned for Monday, with the return of theatrical service in pubs and restaurants, the reopening of cultural venues and the resumption of trips abroad.

Heavy circulation of the Indian variant, however, could call into question the lifting of almost all restrictions, scheduled for June 21. A decision will be made on June 14, according to the Minister of Health.

The scientific committee advising the government (Sage) estimated that there was a “realistic possibility” that the variant was up to 50% more contagious than that which appeared at the end of 2020 in the south-east in England. The latter had led to an outbreak of contaminations and deaths in the United Kingdom, forcing the country to reconfigure itself for long months in January.

If it is 40% to 50% more contagious, easing restrictions on Monday could “lead to a substantial upsurge in hospitalizations” which would be “similar or greater than previous peaks”, when health services were on the verge of saturation , the committee warned.

Barça strikes Chelsea and climbs on top of Europe

the High Authority for Health recommends vaccination in pharmacies

a series of fires in schools, revealing the inadequate school infrastructure