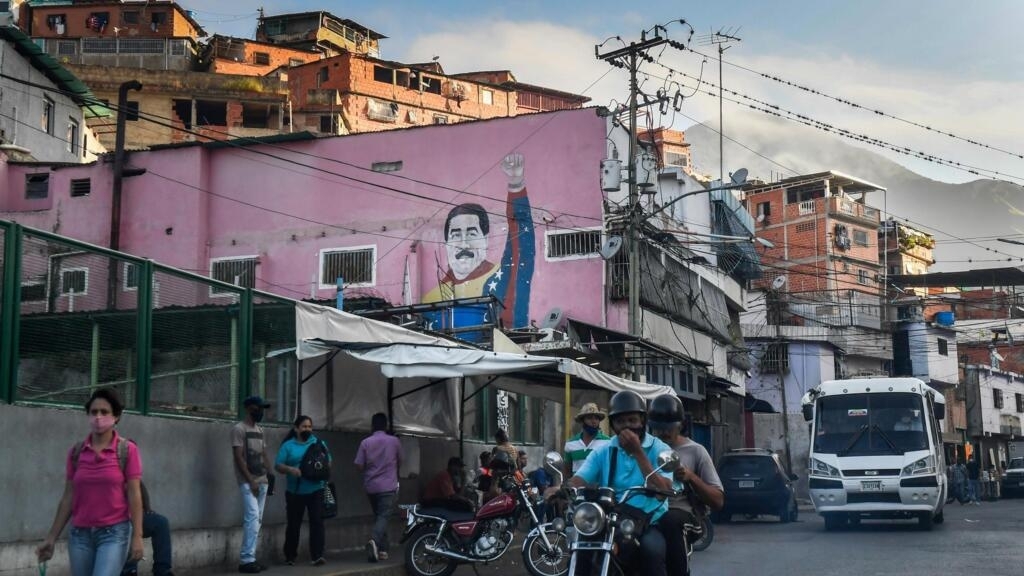 UN investigators on Wednesday accused Venezuelan President Nicolas Maduro and several of his ministers of “possible crimes against humanity”, including extrajudicial killings and the use of torture. Caracas denounces a document riddled with untruths.

The United Nations report points out in particular systematic violations of human rights, including assassinations and acts of torture which constitute crimes against humanity.

“We have information that they gave orders or coordinated activities, adopted plans and strategies, provided logistics, human resources and others which resulted in the commission of documented crimes”, explained Marta Valinas. , the head of these investigators, during a press conference by videoconference. Some of these crimes, “including arbitrary killings and the systematic use of torture, fall under crimes against humanity”.

“These acts are very far from isolated, these crimes were coordinated and committed in the name of state directives with full knowledge of the facts and with the direct support of senior officers and senior government officials,” explains the report. 411 pages.

“The violations must stop. Impunity must end. The Venezuelan authorities must hold the perpetrators of these crimes to account. Victims must obtain full compensation for the harm they have suffered “- Marta Valiñas #FFMVenezuela ” https://t.co/oj7HazSe31

Although investigators were unable to travel to Venezuela, they drew the findings from some 274 remote interviews with victims, witnesses, former officials as well as analysis of confidential documents, including court records. . In addition, the fact-finding mission reviewed 2,500 incidents since 2014 which led to the murder of 5,094 people by the police.

“A phantom mission directed against Venezuela”

In reaction, the Venezuelan government denounced a document “riddled with untruths” through the voice of its Minister of Foreign Affairs. “It was developed remotely, without methodological rigor by a phantom mission directed against Venezuela and controlled by governments subservient to Washington“, wrote Jorge Arreaza on Twitter.

Investigator Marta Valinas admitted that it would have been preferable to be able to go there to meet the victims, see the places where the abuses were committed and meet the representatives of the authorities, “but, even without access to the country , our mission has been able to carry out a serious and in-depth investigation in recent months, ”she defends. “This did not hinder us in the conduct of our investigation or prevent us from drawing conclusions which are based on solid foundations.”

The investigators called on the Venezuelan authorities to immediately open “independent, impartial and transparent investigations”.

The report further believes that other bodies, including the International Criminal Court, “should also consider prosecuting individuals responsible for the violations and crimes identified by the mission.”

“These extrajudicial executions cannot be blamed on a lack of discipline within the police,” Marta Valinas said, stressing that senior officials kept control. “These murders appear to be part of a policy of eliminating unwanted members of society under the guise of fighting crime.”

The Venezuelan opposition agrees with the report. The number one opponent and self-proclaimed president of Venezuela recognized by part of the international community, Juan Guaido, speaks of a “terrifying report”. Miguel Pizarro, one of his close associates, believes that the document “shows that human rights violations are not an isolated practice, but a state practice”.

In December 2019, the UN High Commissioner for Human Rights, Michelle Bachelet, called for the “dissolution” of the FAES, special police forces feared by the population.

But the investigation shows that these forces “are still active and that they carry out missions which result in extrajudicial killings and, therefore, we make a very clear recommendation: that the government dissolve these forces. We are convinced that they remain a major problem, ”insisted Marta Valinas.

As for torture, systematic according to the report, investigators ensure that the torturers resort to rape, asphyxiation, beatings, electric shocks and death threats to punish the victims or force them to confess. .

This new report comes at a time when the climate is rather relaxed between the UN and Venezuela. Michelle Bachelet said in a statement Monday that her staff had been authorized to visit the main detention centers of the Bolivarian National Intelligence Service and the General Directorate of Military Counter-intelligence in Venezuela.

An improvement in relations with the Office of the High Commissioner for Human Rights on which insists Jorge Arreaza on Twitter : “Our cooperation with the UN Human Rights Council has been managed in a coordinated and constructive manner with the Office of the High Commissioner. The progress has been remarkable and has been recognized by Madame Bachelet”, writes the head of the diplomacy of Nicolas Maduro. “As of December 2, 2019, we do not recognize any other mechanism created for ideological purposes by countries with terrible human rights records to attack Venezuela and damage our relations with Haut- Commissariat “, adds the minister, accusing the United States, without naming them, of destabilization.

At the beginning of September, Nicolas Maduro had also granted a presidential pardon to a hundred opponents, including deputies and collaborators of the leader of the opposition, Juan Guaido, to “promote national reconciliation”, to three months of legislative elections that the opposition calls for a boycott. Elections scheduled for early December for which the Venezuelan government has proposed to the United Nations and the European Union to send observers.

almost all PS4 games will be backward compatible

Rugby Sevens - Top of the world?

EU countries around Mediterranean wave threat of sanctions against Turkey

Open fighting breaks out between Armenia and Azerbaijan in Nagorno-Karabakh