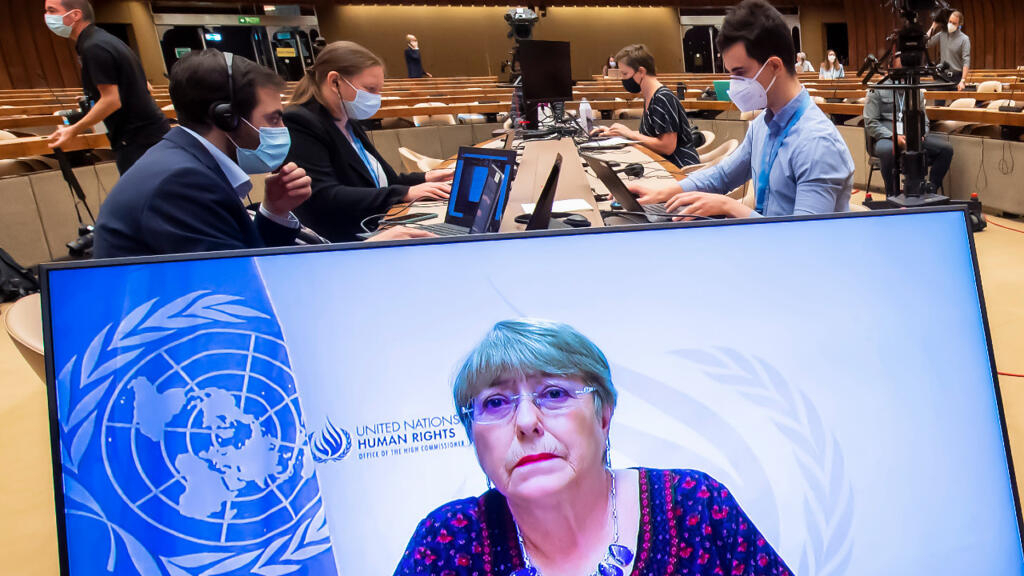 The UN Human Rights Council spoke on Thursday in favor of the opening of an international investigation into crimes committed in particular during the latest violence between Israel and the Palestinian armed factions in Gaza.

The UN Human Rights Council wants to see more clearly on the recent outbreak of violence in Jerusalem and Gaza. The UN institution launched, Thursday, May 27, an international investigation into human rights abuses committed in the occupied Palestinian territories and in Israel since April, but also on the “root causes” of the tensions.

In contrast, the Palestinian Islamist movement Hamas, in power in the Gaza Strip, has “welcomed” the decision of the Human Rights Council and the Palestinian Authority sees it as “a step forward” in the protection of human rights. Palestinians.

The UN Human Rights Council🇺🇳 (@UN_HRC) decided to establish an independent international commission of inquiry into the violations allegedly committed in the Occupied Palestinian Territory, including East Jerusalem, and in Israel🇮🇱 https://t.co/mjAcYkNcZe

Earlier, the UN High Commissioner for Human Rights, Michelle Bachelet, argued before the Council, meeting in extraordinary session, that recent Israeli strikes on Gaza may constitute war crimes “if it turns out” that civilians were affected “without distinction”.

She said she had seen no evidence of the presence of armed groups or military action in buildings targeted by Israel in Gaza, one of the Jewish state’s justifications for destroying them.

Ms. Bachelet also stressed that the firing of thousands of rockets by the Palestinian Islamist movement Hamas “does not distinguish between military and civilian objects, and their use therefore constitutes a clear violation of international humanitarian law”.

The meeting, which focused on human rights abuses in the occupied Palestinian territories, including East Jerusalem, and Israel, was organized at the request of Pakistan, as coordinator of the Organization of Islamic Cooperation, and Palestinian authorities.

A resolution adopted with 24 votes in favor, 9 against and 14 abstentions, launches an “independent and permanent international commission of inquiry” to examine breaches of international humanitarian law and human rights that led to the recent Israeli-Palestinian tensions.

“Amoral minority and on the wrong side of history”

The Palestinian Authority called the countries opposed to the resolution “an amoral minority and on the wrong side of history”.

From May 10 to 21, 254 Palestinians were killed by Israeli strikes in the Gaza Strip, including 66 children and fighters, according to local authorities. In Israel, rocket fire from Gaza killed 12 people, including a child, a teenage girl and a soldier, according to police.

The scope of the resolution goes far beyond the recent conflict. The text calls for the commission to study “all the root causes of the recurring tensions, instability and prolongation of the conflict, including systematic discrimination and repression based on national, ethnic, racial or religious affiliation”.

The investigation should focus on establishing the facts and collecting evidence and material that could be used in legal proceedings and, to the extent possible, identifying the culprits so that they can be tried.

Palestinian Foreign Minister Riyad al-Maliki, who addressed the assembly online, accused Israel of establishing “an apartheid regime based on the oppression of the Palestinian people” and their “displacement strength”.

“Too large” and “too indeterminate”

He claimed “the right (of the Palestinians) to resist the occupation” and asserted that “the settlers must be put on the terrorist list”.

Israel’s ambassador to the UN in Geneva, Meirav Eilon Shahar, accused Hamas of having “initiated this conflict”.

This is the first time that the Council has set up a commission of inquiry with an indefinite mandate. The mandate of other commissions, such as the one on Syria, must be renewed every year.

Some countries, such as France, have lamented that the commission’s mandate is “too broad” and its objective “too indeterminate”, but the resolution has garnered broad support from African and Latin American countries.

The Israeli Prime Minister sees in this vote the confirmation “of the flagrant anti-Israel obsession of the council of human rights”.

Israel is the only country with a fixed item on the agenda for each Council session. Nine of the thirty extraordinary sessions organized by the UN Human Rights Council since its creation in June 2006 have focused on Israel.

"A great turning point with a taste of unfinished business"

Bashar al-Assad wins fourth term with 95% of the vote

Against infox, the CSA asks social networks to make efforts

Xavier Bertrand, a candidate to be taken seriously?