Under Valéry Giscard d’Estaing, a relationship with Africa marked by strong interventionism 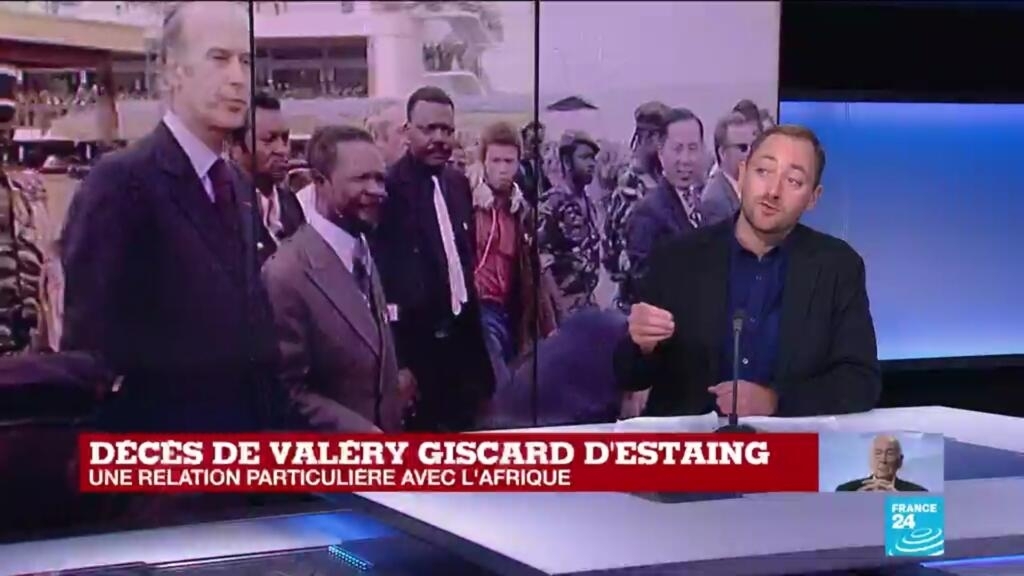 During his seven-year term, Valéry Giscard d’Estaing, who died Wednesday at the age of 94, pursued an interventionist policy in Africa. From the Bokassa diamond affair to the battle of Kolwezi, Nicolas Germain, journalist at France 24, reviews several episodes that marked the former president’s policy in Africa.

The policy of former president Valéry Giscard d’Estaing, who died on Wednesday at the age of 94, marked Franco-African relations. Nicolas Germain, journalist specializing in Africa at France 24, recalls that the Head of State launched “many armed operations” on this continent which he considered “a privileged domain of the president”.

Mauritania, Chad, Central African Republic, Zaire … During his seven-year term, which lasted from 1974 to 1981, Valéry Giscard d’Estaing led an interventionist policy in Africa, as evidenced by the battle of Kolwezy, in Zaire (the former Democratic Republic of Congo). This mining town “had been taken by rebels”, relates the journalist.

“In this city, there were many European nationals, in particular French and Belgians. President Mobutu asks for help by saying that these rebels are pro-Soviet”, he says. “There were massacres in this town: 700 civilians killed, including a hundred Europeans. It was at this time that Valéry Giscard d’Estaing launched the raid on Kolwezy: 400 paratroopers from the Foreign Legion succeeded in taking the city in 24 hours, ”adds Nicolas Germain.

The Bokassa diamond affair, a step towards defeat

Valéry Giscard d’Estaing’s passage to power was also marked by a gloomy episode: the Bokassa diamond affair. “In 1973, the Central African President, Jean-Bedel Bokassa, offered diamonds to Valéry Giscard d’Estaing, who was then Minister of Finance,” explains Nicolas Germain. “In September 1979, Bokassa was overthrown with the help of Giscard’s France. A month later, the Chained Duck revealed the diamond affair,” he continues.

“It’s really the case that poisoned his seven-year term,” Nicolas Germain analyzes. This scandal would have precipitated the defeat of Valéry Giscard d’Estaing against François Mitterrand in 1981.