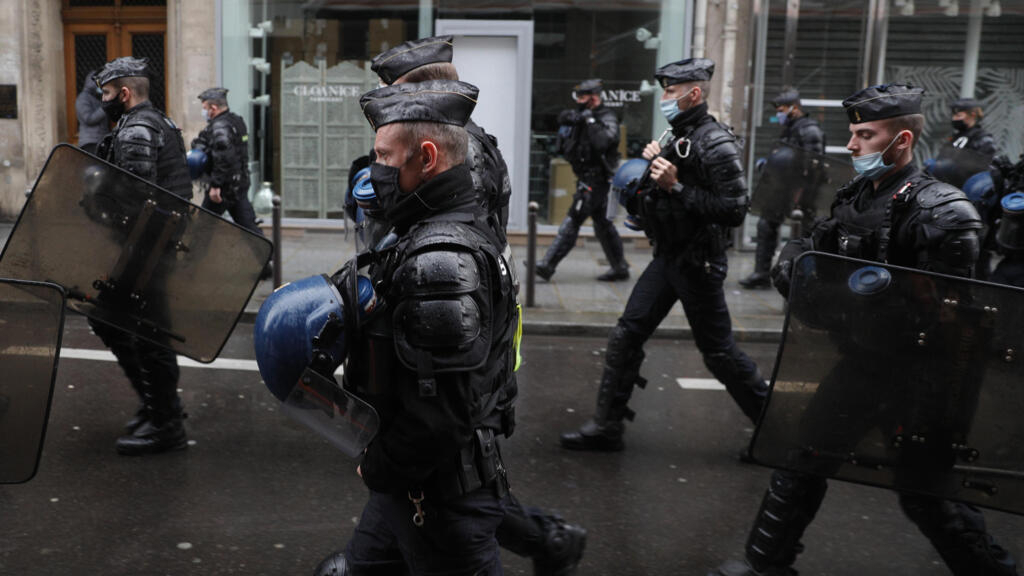 Several unions and associations including Attac denounced Sunday of “arbitrary arrests” during the demonstration the day before against the proposed law “global security” in Paris, where nearly 150 demonstrators were arrested.

“The demonstration turned into a mousetrap”. Several associations and unions denounced, Sunday, December 13, “arbitrary arrests” during the demonstration the day before against the very controversial proposal of global security law in Paris, where nearly 150 demonstrators were arrested.

“Mass arrests, unfounded charges breaking up the procession, retained without a legitimate reason beyond the legal deadline, police custody notified to the chain on the basis of misguided criminal offenses …”: for these associations including Attac, the National Union of Journalists or the League of Human Rights, the list of “inadmissible abuses” is long.

“As we feared”, they continue in their press release, “the Parisian demonstration, although duly declared by a collective of organizations and authorized by the police headquarters, has turned into a mousetrap”.

More than 120 people in police custody

The custody of the first was extended on Sunday, said the founder of HQ, Aude Lancelin. He is suspected of “assembling with a view to committing violence”, “refusing to comply with a dispersal order” and “concealing the face” while, according to the journalist, he was wearing a simple protective mask.

It is with dismay that we have just learned that our friend would spend a second night in the cell. There was nothing to suggest such a decision, after his hearing yesterday. #FreeAdcaZz pic.twitter.com/MYrFPrsaVR

According to a provisional report from the Paris prosecutor’s office on Sunday evening, of the 19 minors placed in police custody, 14 obtained a classification without follow-up, including 5 after a reminder of the law and 4 received a summons before the delegate of the prosecutor. One last saw his custody lifted for further investigation.

Of the 105 adults in police custody, 66 have benefited from a classification without follow-up, including 27 after a reminder of the law. Six people will be tried in immediate appearance on Monday and another has accepted an appearance procedure on prior admission of guilt (CRPC). Two people have for their part been released without being prosecuted at this stage, but the investigation into them is continuing. Thirty people were still in police custody on Sunday evening.

After two demonstrations against the “global security” law marked by violence in Paris, the police on Saturday changed tactics by intervening throughout the demonstration by “offensive leaps” to challenge any person suspected of wanting to constitute a “block”.

According to the police, these “blocks” are made up of small, very mobile groups which are grafted onto the procession to destroy businesses and do battle with the police.