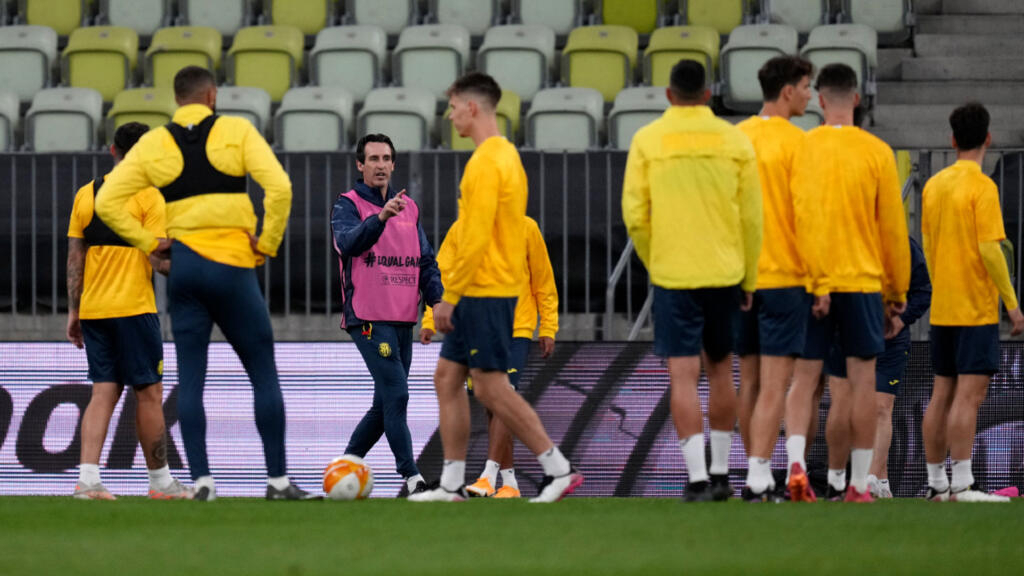 For his first season with Villarreal, Unai Emery will again play a Europa League final on Thursday night against Manchester United. The three-time winner of the competition has a formidable offensive armada to try to prevent Manchester United from adding to its European record.

Unai Emery, great specialist in the Europa League, will he reoffend? The Spanish coach, at the helm of Villarreal, will have to overcome Manchester United on Wednesday in the final in Gdansk (Poland) to maintain his legend.

Three days before the Champions League final between Manchester City and Chelsea, the Red Devils, recent runners-up to Manchester City in the Premier League, leave with the favors of the predictions against the 7th of the last Liga, but who made the Europa League his garden.

Since arriving on the bench at the start of the season, Unai Emery has revived hope among supporters of Villarreal, a medium-sized town in the agricultural suburb north of Valencia (Spain). The team is preparing to play the first European final in its history.

Unbeaten in C3 this season

Sacked by the Gunners at the end of November 2019, Unai Emery also had the opportunity to remember the good memories of the London club he released in the semi-finals (2-1, 0-0). “There is no revenge to be taken with the clubs or the English people,” he nevertheless assured at a pre-match press conference.

Despite a less challenging course than that of their opponent who also took out AC Milan and Roma, Villarreal is undefeated in C3 this season, with twelve wins and two draws.

Strong defensively and above all formidably intelligent tactically, the “Yellow Sub” also has a formidable offensive armada, the fourth attack in La Liga, behind the top three made up of the two clubs Madrid and Barca. One man in particular embodies that firepower, with 29 goals scored this season in all competitions: Gerard Moreno.

Beyond the personal legend of their coach who could become the first technician to win the C3 four times, there is above all a major stake for the Spaniards: a place in the next Champions League if they win.

“We have the possibility to play for a title, the Europa League, which is important, but also to win it to play the Champions League, which we cannot do through the championship,” insisted Unai Emery.

For their part, Ole Gunnar Solskjaer and Manchester United have the opportunity to validate their return to the forefront, although they have been returned to the competition, after their third place in the group stage of the Champions League.

The Norwegian coach was quick to show his “quiet confidence” ahead of the final, although he will most likely be without captain and defense leader Harry Maguire, who suffered an ankle injury in early May in the league.

Despite the disappointment of his elimination from the Champions League in the fall, his team has continued to gain strength over the months, now showing great control and real cohesion between its main individuals, like a Bruno Fernandes with the baton and set pieces and a Paul Pogba who became decisive again in the midfield.

Up front, Marcus Rashford’s tone and Edinson Cavani’s instincts can pose big problems for the Spaniards.

Weaned from titles since 2017 and their last success in this same competition, under the orders of José Mourinho at the time, the Mancunians were promised 4 million pounds (4.6 million euros) to share if they managed to beat Unai Emery’s men.

After two and a half seasons on the Mancunian bench without winning a title, Ole Gunnar Solskjaer also holds, with this final, his first opportunity to garnish his coaching record in Manchester. Verdict tonight.

Israeli officials soon before the ICC, a decision not only “symbolic”

a vast exchange of prisoners between rebels and government