“We should have died that day,” says one of the former American soldiers 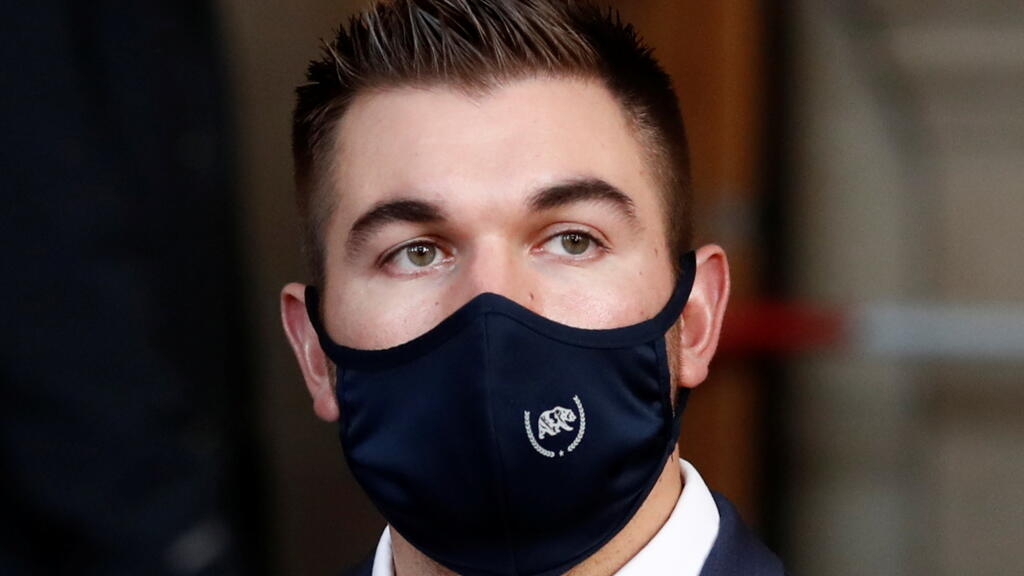 One of the three former American soldiers, who prevented a bloodbath in the Thalys train connecting Amsterdam to Paris in August 2015, was heard on Friday before the Assize Court. Aleksander Skarlatos tells how he and his friends neutralized the shooter with their sense of observation and responsiveness.

“I immediately understood what was going on.” Former soldier Aleksander Skarlatos, one of the three Americans celebrated as heroes for having faced the Thalys gunman in August 2015, told, Friday, November 20, at the assizes the attack which “changed his life”.

“We should have died that day”, sums up Aleksander Skarlatos, 28, in front of the Special Assize Court, which judges the shooter Ayoub El Khazzani and his co-defendants.

In the Thalys Amsterdam-Paris on August 21, 2015, Aleksander Skarlatos is seated by the window. “I had changed places with my friend Spencer to be able to look at the landscape”, tells, via an interpreter, Aleksander Skarlatos, broad build in a navy blue suit, tie around the neck, brown hair cropped short.

“I heard a sound of explosion, and I saw an employee running at full speed in the other direction,” he recalls at the stand. El Khazzani, 25 at the time, has just shot a passenger in the back who was the first to grab his Kalashnikov. Aleksander Skarlatos looks through the gap between the two seats, sees the gunman, shirtless, bend down and pick up his Kalashnikov on the ground.

“I understood right away. Time stood still, my heart leaped in my chest. And I thought ‘no fucking way’.” “Spencer, go,” he says to his friend sitting on the aisle. Spencer Stone, who was unwell when he arrived in Paris on Wednesday, is still hospitalized. He will be heard by the court on Monday afternoon if his condition permits.

A choke key neutralizes the shooter

As Spencer Stone runs towards the shooter, “Mr. El Khazzani begins to point his gun at him,” describes Aleksander Skarlatos. The day before at the bar, the third American Anthony Sadler had mimed for the court the gestures of El Khazzani who arms, then aims straight in front of him.

Spencer Stone rolls to the ground with El Khazzani, gives him a choke key. “And there, Spencer yells ‘He’s got a gun.'” Arrived in reinforcement, Aleksander Skarlatos grabs the pistol, points El Khazzani at the head: “Stop resisting, stop”, he shouts to him in English.

The shooter tied up with the passenger’s ties

“What would have happened without your intervention?” The president asked Anthony Sadler. “He would have shot everyone in the wagon and I guess he would then have moved on to the next wagon.”

The President: “Ayoub El Khazzani said he was there to target the American military. Was there any way to know that you are American?” Anthony Sadler hesitates, laughs. “Well… Spencer has an American face. But no,” he said, causing the room to laugh.

After the gunman is tied up with passenger ties, Aleksander Skarlatos examines the Kalashnikov. “To my surprise, a bullet was ejected. It was struck which means that Mr. Khazzani had fired.”

“You know weapons well,” recalls the president. The American said he owns about twenty, including a Kalashnikov. “The bullets were of poor quality, I saw it right away,” he told the court. “We were really lucky.”