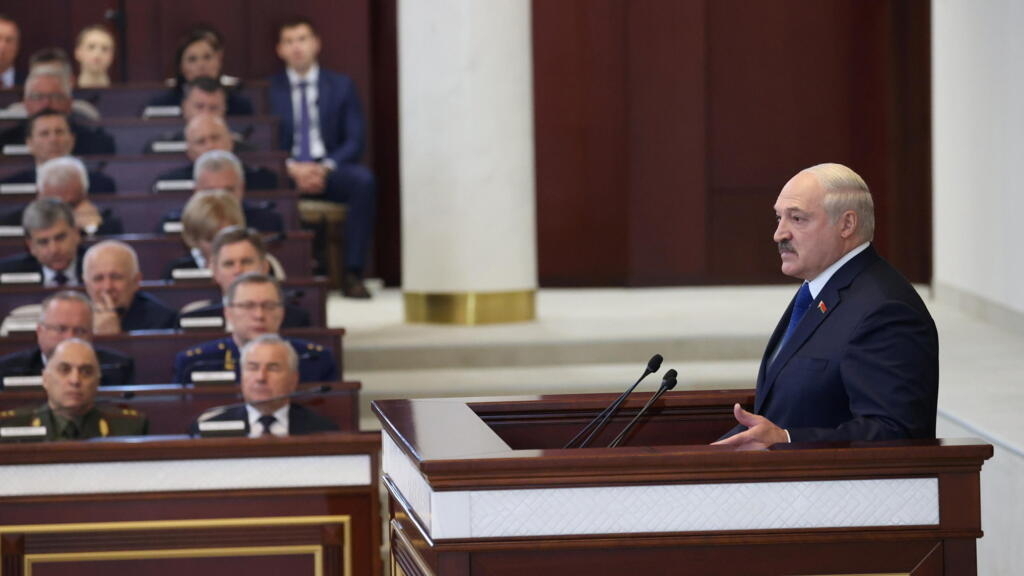 European members of the UN Security Council and Washington on Wednesday called on “the International Civil Aviation Organization to urgently investigate” the hijacking of an airliner by Belarus. President Alexander Loukachenko, for his part, assured that he had acted “legally”.

The Europeans and the United States called on Wednesday, May 26, for an urgent investigation into the hijacking of an airliner by the Belarus.

Denouncing an “unprecedented and unacceptable” incident, which saw Minsk intercept a RyanAir flight over its territory under the pretext of a bomb threat and arrest an opposition journalist, European members of the Security Council of the The UN and Washington called in a joint statement “the International Civil Aviation Organization to investigate urgently”. Based in Montreal, ICAO is due to hold an emergency meeting on Thursday on the matter.

The West also called for the “immediate release” of Roman Protassevich and his Russian friend Sofia Sapega, both arrested while they were on board the flight which was to make the connection Athens-Vilnius on Sunday.

Faced with the avalanche of Western condemnations and new EU sanctions against the regime he has led since 1994, Alexander Lukashenko assured Wednesday in front of an audience of dignitaries that he “acted legally while protecting my people”. If he admitted to having taken off a MiG-29 fighter to intercept the flight, he insisted that his mission “was to establish communication, to accompany the landing of the passenger plane in the event of a emergency”.

For the Belarusian authorities, the presence on board of this detractor of the regime and therefore his arrest was a coincidence, but the European Union, the United States and the Belarusian opposition claim that the bomb threat was a subterfuge to stop the journalist.

The obligation made to the plane to land, “on false grounds”, has “endangered air safety”, denounced Europeans and Americans to the UN, denouncing an “attack” and a “blatant disregard of the international law”.

Alexandre Loukachenko assured him in his speech that the decision to land in Minsk had been taken by the captain of the flight RyanAir and that except Minsk, “nobody wanted to welcome the plane”. These remarks contrast with the transcript of the exchange between the controllers and the pilot, published Tuesday by Minsk, which shows that the authorities insisted that the flight land in Belarus and not in neighboring countries.

A few hours after these statements, the first of Alexander Lukashenko since the incident, Belarus accused France of “piracy” for having refused its airspace to a plane making a connection Minsk-Barcelona, ​​denouncing an act “scandalous” and “immoral”.

As of Monday evening, the EU adopted the first sanctions, closing its airspace to Belarusian planes and recommending all European companies to avoid the skies of the country, a very followed call. Last to date, Poland announced Wednesday evening to ban its airspace to its neighbor’s planes. Another disruption, Air France had to cancel a Paris-Moscow flight, which bypassed Belarus and whose flight plan “requires a new authorization from the Russian authorities”, a first since the incident.

Svetlana Tikhanovskaïa, leader of the opposition in exile in Lithuania, noted that “Belarusians no longer have the possibility of fleeing the country if they want to escape the regime”. “We are studying the possibility of allowing emergency evacuations of people being pursued” by the government, she told AFP, however considering the European sanctions “reasonable”, and that the Belarusians “can not blame anyone other than the diet “.

Minsk has the unwavering support of its main ally, Russia, in this affair, which has not joined Western critics. After Alexander Lukashenko’s speech, the Kremlin said it had “no reason not to believe the statements of Belarusian leaders”.

The spokeswoman for Russian diplomacy, Maria Zakharova, she lambasted the accusations of Moscow’s complicity in this affair, “fanciful interpretations”. She again called for an “objective investigation” into the incident.

Alexander Lukashenko and Vladimir Putin are also due to meet in Russia on Friday.

the small Islamist party Raam at the heart of the negotiations

End of isolation for Emmanuel Macron, who no longer has symptoms of Covid-19

Emmanuel Macron promises to step up “concrete actions” against Islamism