What to expect from Emmanuel Macron’s speech in the face of the “strong second wave”? 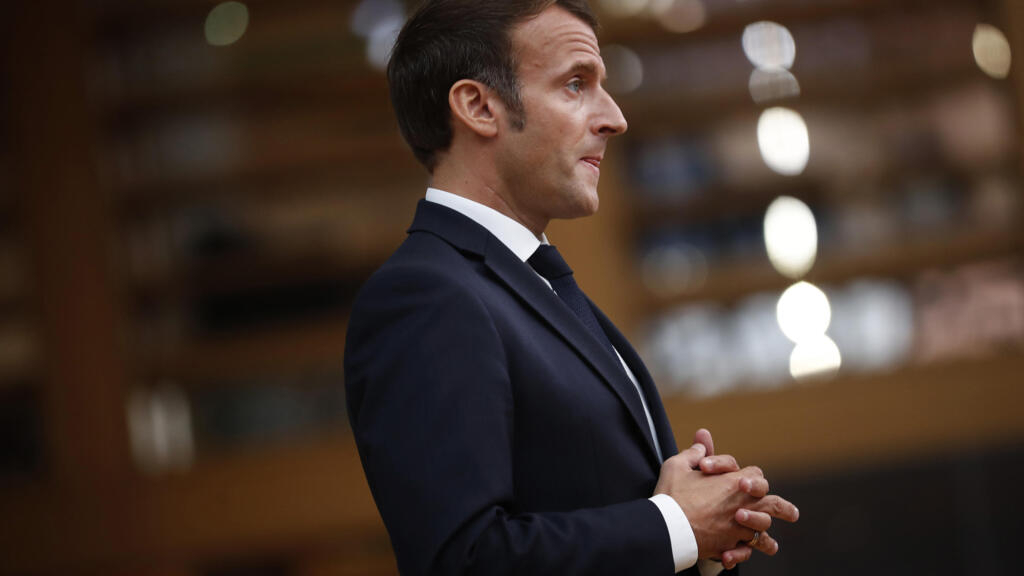 Curfews, local restrictions, partial confinement before the All Saints holidays … New measures are to be announced Wednesday by Emmanuel Macron to try to fight against a “second strong wave” of the epidemic. The hypotheses considered.

Nothing should be announced until Emmanuel Macron is interviewed Wednesday, October 14 at 7:55 p.m. on TF1 and France 2. This is the first long presidential intervention on the new coronavirus since the interview of July 14. The executive is hoping that the talks will generate “collective awareness,” according to a source close to the president.

Faced with the “strong second wave” of Covid-19, Emmanuel Macron will address the French to ask them for a real change in behavior and undoubtedly announce more stringent measures in large cities. After leaving the Prime Minister, Jean Castex, the Minister of Health, Olivier Véran, and the prefects for several weeks to target targeted and local restrictions, the President of the Republic has decided to speak again against the French because of the “gravity” of the situation, according to those around him. “We are at a pivotal moment,” said the same source. Emmanuel Macron should call for “better learning to live with the virus, in the longer term, so as not to fall into a more serious situation. But also to emphasize that there is better in areas where restrictive measures have been applied, such as in Nice. “

>> To read also: “‘I will never forget’: caregivers fear the second wave of Covid-19 in France”

Among the new measures, some provide for targeted restrictions or a local curfew: the head of state still has to decide between the different options that were examined Tuesday morning during a health defense council at the Elysee Palace. . “I believe that everything is possible, everything is on the table and nothing can be excluded since the virus is evolving,” said Marlène Schiappa, Minister Delegate in charge of Citizenship, on LCI.

Regarding schools, the Minister of Education, Jean-Michel Blanquer, ruled out “a priori” from new measures on Tuesday. “In schools, colleges and high schools, the situation is under control,” said the minister, questioned on RTL. According to the latest figures available, 24 school structures are currently closed (out of more than 60,000) due to cases of coronavirus, he said.

This morning, I solemnly ask the French for an act of solidarity: towards our most vulnerable compatriots, of course, but also towards our caregivers and all hospital staff.# 8h30FranceInfo pic.twitter.com/Nuz1h8y5y9

The priority of the executive remains above all to avoid any general reconfinement so as not to put the economy on hold as in the spring. On the other hand, a curfew, as in Guyana or in several German cities including Berlin, is envisaged, according to a source close to the executive. But local re-containment seems ruled out, on the eve of the All Saints holidays.

The bankruptcy of bars and restaurants?

The hypothesis of a curfew with the closure of shops, bars and restaurants early in the evening is already raising fears and opposition. “Such a measure, the object of which would be to prohibit all travel after a certain time – 8 p.m., 10 p.m. or 11 p.m. are accepted assumptions – would be a probably fatal blow to a large number of our professionals”, estimates Didier Chenet, president of the GNI, the union of independent hotel and restaurant workers, in a letter to its members that AFP has obtained. “The President of the Republic and the government must know that a curfew would condemn thousands of establishments to bankruptcy”, he continues, because it “would risk considerably reducing the activity of our establishments in the evening, or even to prevent it altogether “.

Customers, employees and professionals should have “returned to their homes at the fateful hour”, which would deprive restaurants, already in an often perilous financial situation because of the health crisis, of evening service.

“Restrictions are when you’ve missed everything”

The hypothesis of a curfew did not fail to react on the political class. “It is a heavy decision, an important restriction of freedom”, warned the deputy PS Boris Vallaud, by evoking a “risk of jacquerie”. The curfew “may be necessary in the big cities”, and in this case “we will be in favor”, for his part advance the president of the deputies LR Damien Abad.

“I do not believe in this measure. It will not apply. France does not have the police force to enforce a curfew,” commented on the other hand the boss of UDI deputies, Jean-Christophe Lagarde. “The restrictions are when you have missed everything,” said Marine Le Pen (RN).

Yet it appears that other European leaders have done nothing else. The German Angela Merkel, the Briton Boris Johnson or the Spaniard Pedro Sanchez have all warned their fellow citizens that “the most difficult times [étaient] in front of us”.

“Avoid too harsh ‘stop and go'”

France remains one of the most affected countries: day after day, the incidence rate (number of positive cases per 100,000 inhabitants) climbs to the point of reaching levels out of control, in particular among the 20 -30 years, with a record in Paris where this rate has just exceeded 800 when the alert level is at 50. But it is rising in all age groups and in many metropolises.

And the assessment mission of the management of the coronavirus crisis, mandated in June by Emmanuel Macron, pointed out Tuesday in a progress report of “manifest defects of anticipation, preparation and management” in health aspects. Availability of masks, deployment of tests, coordination between the different actors and decline in the priority given to prevention are all weak points in the decisions taken in recent months, according to the group of five experts chaired by the Swiss infectious disease specialist Didier Pittet, which will submit its final report in December.

In this context, the executive does not want to be the subject of further criticism, with less than two years of the presidential term. Emmanuel Macron should therefore call for a “citizen burst” since the State does not have the legal power to control households. “The virus will surely stay several months, declared Jean Castex Tuesday morning in front of LREM deputies. We must adapt to avoid too harsh ‘stop and go’ and hope that behavior will become more responsible.”