when Brexit and Covid-19 give the separatists something to grind 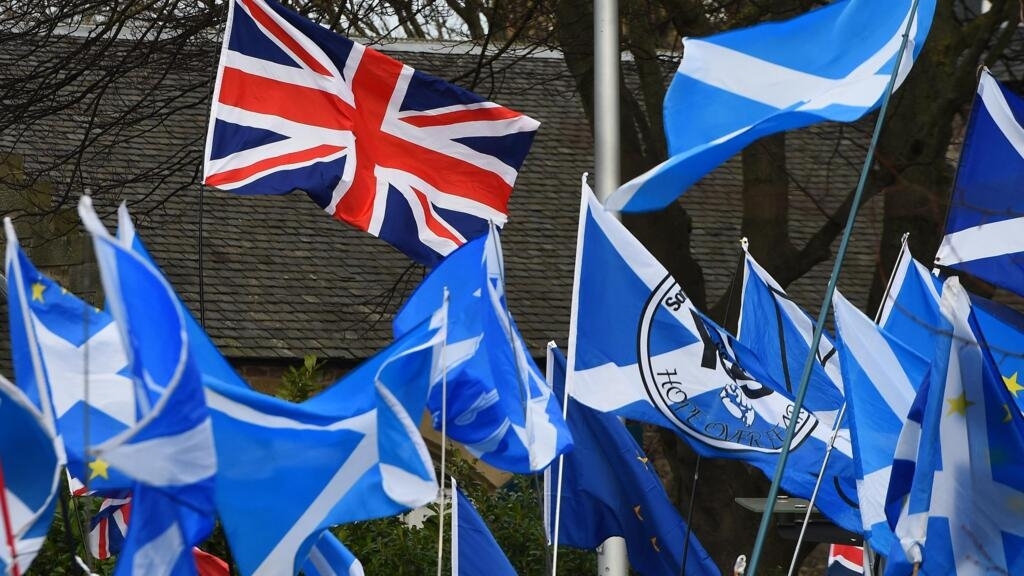 As the transition period guaranteeing close ties between the UK and the EU ends on December 31 at midnight, Scotland is set to undergo a Brexit that it neither voted for nor negotiated. The Scottish Prime Minister, Nicola Sturgeon, wants to take the opportunity to provoke a second referendum on independence.

After the UK leaves the European Union, are we heading towards Scotland leaving the UK? That’s Nicola Sturgeon’s wish, anyway. On the announcement of the agreement finally reached between the European Union and the United Kingdom on the post-Brexit relationship, the Scottish separatist Prime Minister relaunched the debate on the organization of a second referendum for the independence of Scotland. She intends to capitalize on the discontent over Brexit and Britain’s mismanagement of Covid-19 to see the “yes” prevail.

“It’s time to chart our own future as an independent European nation,” tweeted Nicola Sturgeon stressing that “no deal can ever make up for what Brexit takes away from us” and that “Brexit comes against the will of the people of ‘Scotland”.

Before the spin starts, it’s worth remembering that Brexit is happening against Scotland’s will. And there is no deal that will ever make up for what Brexit takes away from us. It’s time to chart our own future as an independent, European nation.

During the 2016 referendum on leaving the European Union, 62% of Scots had indeed voted for the “Remain”, That is, against Brexit. Later Boris Johnson, like his predecessor Theresa May, denied Scotland any right to look at the topic.

The Brexit argument, voted and piloted by London to the detriment of Edinburgh, has allowed the independence leaders to gain weight. As a sign of growing popular support, in December 2019 the Scottish National Party won 49 of the 59 seats allocated to Scotland in the UK House of Commons.

Many Scots see re-joining the EU as an argument for an independent nation. Like Henry Gray, a young man of 29 who works in an association, the 2016 referendum, which led to Brexit, led him to lean for autonomy. “It would be nice to still be able to be part of the EU,” he told AFP, “I hope we would be invited to come back” to the European club.

The long Brexit negotiation has weakened public opinion on the merits of the United Kingdom “, explains John Curtice, British political scientist and professor of politics at the University of Strathclyde, interviewed by Foreign Policy. “For a significant number of people in Scotland, independence within the EU has become more attractive than being part of a UK outside the EU,” he continues.

Covid-19 has increased distrust of London

Brexit is not the only reason for the disenchantment between Scotland and London: the management of the Covid-19 epidemic has further widened the gap. With more than 68,000 dead, the UK is one of the hardest hit countries in Europe.

The country has paid for the lightness with which Boris Johnson took the measure of the pandemic. When the first cases of coronavirus are detected in Britain, Boris Johnson even boasted in early March after a visit to the hospital: “I shook everyone’s hands.” He was slow to declare confinement, contracted the virus himself and was close to death. The United Kingdom is one of the countries most affected by the pandemic in terms of mortality.

Still in the polls, while 74% of Scots are satisfied with their Prime Minister’s handling of the crisis, only 19% believe that Boris Johnson has also done a good job.

“Even though the health record is not good at home either. The leader of the Scottish national party returned the image of a leader who knows what she is doing,” notes Richard Place, permanent correspondent of France Culture in London. “That feeling may have contributed a lot to the Scots’ desire for independence. Every poll indicates that if the vote were to take place today Scotland would leave the UK.”

The Scottish Prime Minister intends to take advantage of the ascendancy taken over Boris Johnson in public opinion and make it fruitful. She did not wait until the 1,246 pages of the EU-UK trade relationship agreement was released to criticize it and point the finger at what Scotland will lose:

“Our people will be less secure and they will lose their right to work, study and live elsewhere in Europe,” she said, lambasting “another example of a Conservative government leading Scotland in the wrong direction.”

On the very sensitive issue of fishing, she accused Boris Johnson of “selling Scottish fishing again”. “Promises they knew they could not keep were broken,” she said.

There will be lots of focus – rightly – on the economic costs of Brexit. But ending UK participation in Erasmus – an initiative that has expanded opportunities and horizons for so many young people – is cultural vandalism by the UK government. https://t.co/sOxpcCWq5z

She also accused the British government of neglecting Scottish farmers, especially potato producers, who were excluded from the post-Brexit trade deal. Nicola Sturgeon also lambasted the decision to leave the European Erasmus exchange program and replace it with a global program. The Prime Minister denounced a “cultural vandalism”.

It remains to force London to authorize the holding of a second referendum on independence, after that of 2014 which had seen the “no” imposed by a short head. The separatists are betting on a victory next May in the local legislative elections, to force Boris Johnson to organize it. At the end of November, Nicola Sturgeon called for her in 2021.