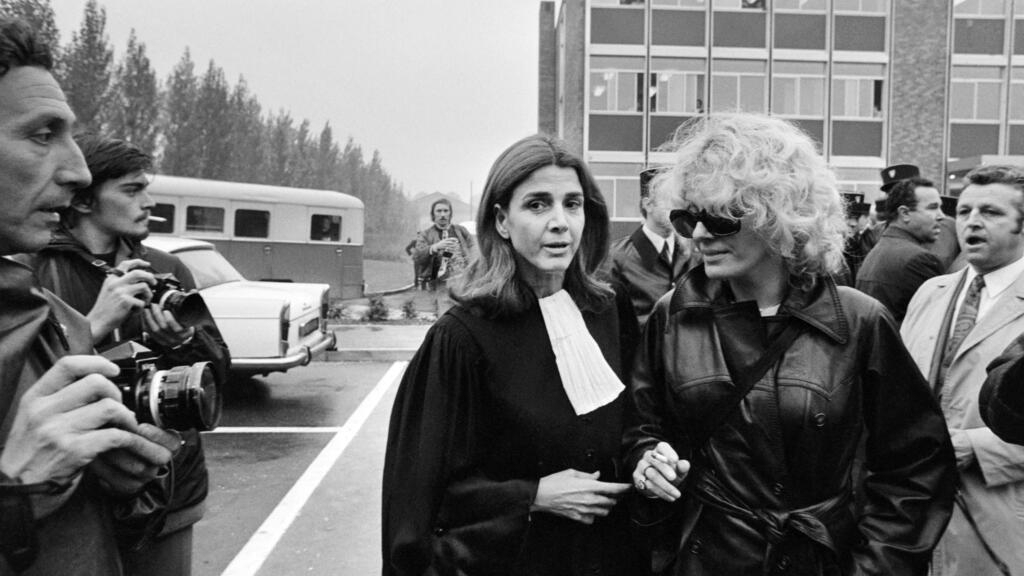 Since the death of Gisèle Halimi, a fervent defender of women’s rights, in July 2020, many voices have been raised to demand her entry into the Pantheon. If the Elysee says that “a reflection is in progress”, it seems however cautious. In particular, the positions of the lawyer on the war in Algeria which would make it “too divisive”.

For feminist associations, this “should be obvious”. Since death by Gisèle Halimi, on July 28, 2020, the calls to pay tribute to him do not dry up. Elected officials, associations and citizens demand to transfer the ashes of the lawyer, fervent defender of women’s rights, to the Pantheon. If Emmanuel Macron was initially rather favorable to this project, the latter now seems to be back-pedaling.

According to France Inter, the Head of State could abandon this project because of the positions taken by Gisèle Halimi during the Algerian war. If we especially know the lawyer for her fights against rape and for the decriminalization of abortion, she was also illustrated in her fight for the anti-colonial cause. In a report delivered in January to the Elysee Palace on colonization and the Algerian war, the historian Benjamin Stora had thus advocated his pantheonization as “a figure of opposition to the Algerian war”.

During her career, she thus defended on several occasions activists from the National Front for the Liberation (FNL) pursued by the French State. Among them, Djamila Boupacha, arrested for attempted assassination, then raped and tortured by French soldiers.

For the Elysee, according to comments reported by France Inter, these positions for the independence of Algeria could however be an obstacle to its pantheonization. This would be too “divisive” and could be considered an “insult” by certain associations of Pieds-Noirs and Harkis. In a column published in Le Figaro, last January, a collective of harkis women and girls affirmed that “Gisèle Halimi, has on several occasions displayed her contempt for harkis and is not a woman of reconciliation”.

“The reflection is underway”, assured, Friday, May 14, a source close to the executive, near AFP. “It is a decision which requires that many stakeholders be consulted. With the actors, witnesses or custodians of all the fights in which Gisèle Halimi is involved”.

“She carried with her all the republican values”

Faced with this hesitation from the executive, several feminist associations are raising their voices, deploring that “the search for a consensus” takes precedence over “the recognition of an exceptional career.”

“It’s very disappointing,” reacts Anne-Cécile Mailfert, president of the Women’s Foundation, contacted by France 24. “Gisèle Halimi was an exceptional woman. She was a great humanist who carried within her all the republican values ​​that we do. advocate in France. “

For this feminist activist, Gisèle Halimi’s commitment during the Algerian war should, on the contrary, be an additional argument to her pantheonization. “In the trial of Djamila Boupacha, Gisèle Halimi, above all, denounced a case of torture and war crimes”, she analyzes. She added: “Isn’t that further proof of her humanism? She reminded us that anyone, no matter what their actions, deserve to be treated with dignity.”

According to her, this reluctance of Emmanuel Macron shows, “at best, a misunderstanding of the course of Gisèle Halimi, at worst, that he gives in to pressure from the extreme right.”

A disappointment shared by Claire Charlès, spokesperson for the feminist association Les Effronté-es. “Gisèle Halimi is perhaps not blameless. But she will have been, all her life, a great activist for intersectional rights,” she insists. “And that should cross all lines.”

“If she had been a man, would she have had to be totally flawless?” she scolds. “After all, Voltaire was not,” she explains, recalling the polemical remarks on slavery made by the philosopher. “However, we focus on what he has done well. We do not ask for more for Gisèle Halimi”.

For Claire Charlès, just like Anne-Cécile Mailfert and many feminist activists, pantheonizing Gisèle Halimi would also be a “symbolic act” in the fight for equality between men and women.

Currently, only five women – Marie Curie, Germaine Tillion, Geneviève De Gaulle-Anthonioz, Sophie Berthelot and Simone Veil are pantheonized, and 75 men. “It is a non-mixed club of white men”, ironically Anne-Cécile Mailfert, who had campaigned under the quinquennium Holland to demand parity in the Place du Panthéon.

The search for consensus

Christine Bard, historian and co-director of the “Dictionary of Feminists”, which notably offers a portrait of the lawyer, sees for her part, in this hesitation of the president, a political logic. “It is in the interest of a president to pantheonize consensual people to derive symbolic profit: this is the presidential logic of pantheonization,” she analyzes with France 24.

The latter thus returns to the case of Simone Veil, the last woman to enter the Pantheon in 2018. “Apart from the far right, she gathered and was admired by all,” she notes. “We knew her, of course, for the Veil law but also for other facets of her life: as a survivor of Auschwitz, as president of the European Parliament or as an activist for the memory of the Shoah.”

“Gisèle Halimi is obviously less consensual”, she judges. And the historian recalled: “She was very committed to the left, with very firm anti-colonialist positions. She had also taken a position in favor of Palestinian rights.”

“And unlike Simone Veil, she really embodied some of the great struggles of feminism,” she continues. “Despite everything, some of them, like abortion, are not yet unanimous.”

Moreover, since May 13, several personalities of the left, like the socialist senator Rachid Temal, were moved on Twitter at the idea that the President of the Republic renounces the idea of ​​a pantheonization. For Bastian Lachaud, also LFI deputy, a renunciation of Emmanuel Macron would be a “shame”. “By doing her job as a lawyer, and denouncing torture”, Gisèle Halimi “was just saving the honor of France”, he said.

#Macron would give up pantheonizing Gisèle Halimi … because she is committed against the Algerian war! What a shame. By doing her job as a lawyer, and by denouncing torture, she was saving the honor of France. https://t.co/fd84c3Kg7C


But within the government itself, the defenders of a pantheonization of Gisèle Halimi will be able to count on an ally, Élisabeth Moreno, the minister responsible for equality between women and men. “I remain determined in this objective, even if I know that the processes of pantheonization can be long and complex because they require dialogue and consensus,” she told AFP. The associations, which had already met in October 2020 in front of the Pantheon, are already considering new mobilizations.

seizure of the headquarters of the opposition newspaper "El Nacional", sentenced to court

Zlatan Ibrahimovic is injured in a knee for the Euro

meeting with Imam Dicko, architect of the fall of IBK