with the Covid-19, the heart is no longer there 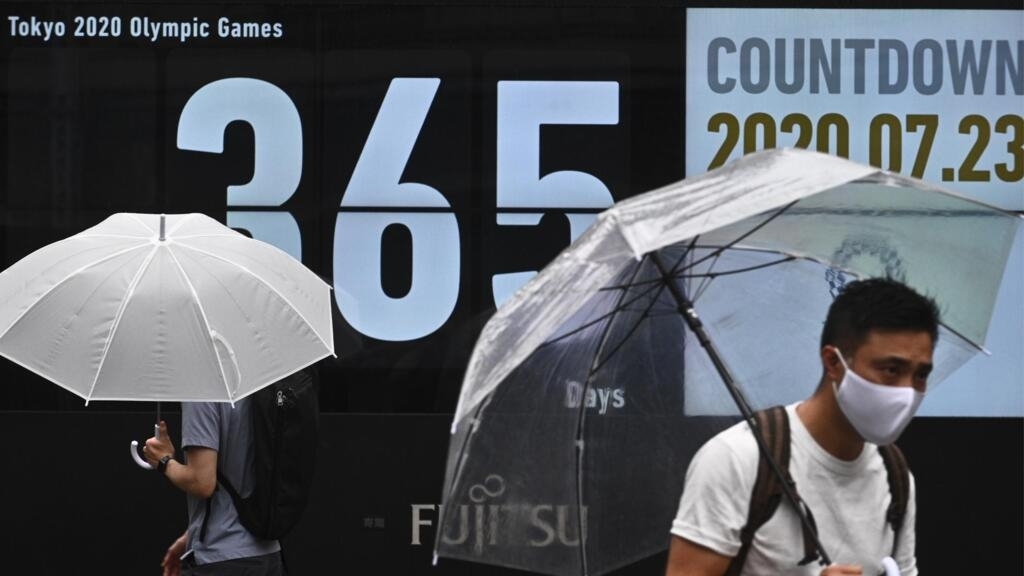 The 2020 Olympics should have opened this Friday in Tokyo. Despite the one-year postponement of the event due to the Covid-19 pandemic, many uncertainties continue to weigh on the organization of this global sports festival as the Japanese express growing disinterest in the event.

Half the planet should have been in front of its television Friday, July 24, ready to be excited for three weeks for the exploits of athletes from around the world on the occasion of the Tokyo Olympics. However, the Covid-19 pandemic requires, the appointment has been postponed to July 23, 2021, in a year all stack. For the Japanese, the heart is no longer there when many uncertainties arise about security, finances … even about the very holding of the global sports festival.

The historic decision to postpone the Olympics for a year was taken at the end of March, when the coronavirus pandemic forced many countries to confine themselves and made it impossible to hold Olympic qualifications and the training of many athletes. Since then, containment measures have been lifted or eased in Europe, but the Covid-19 continues to wreak havoc in the United States, Brazil and India. And in many parts of the world, the resurgence of the virus is prompting authorities to reintroduce restrictions, sometimes going as far as localized reconfinements.

In the capital of Japan, the time has come to fear a resurgence of the epidemic. Tokyo recorded a record 366 new cases of Covid-19 contamination on Thursday. The previous record (293) was recorded last week.

So far, the optimism of a year ago, when the Tokyo Games were yet to be held in the summer of 2020 and millions of enthusiastic Japanese flocked to the first tickets on sale.

Recent polls have indicated a decline in Japanese interest in this great event. According to a survey published by the Kyodo News news agency, only one in four Japanese wishes the Tokyo Games to take place next year.

Roughly half of Japan’s national sports federations hope the International Olympic Committee and the # Tokyo2020 organizers decide this year to either hold or cancel next year’s Olympics, according to a Kyodo News survey.https://t.co/xD4ABsUTpW

In detail, 36.4% of them are in favor of a further postponement, while 33.7% believe that the event should be canceled altogether.

But the Japanese organizers and the International Olympic Committee (IOC) rule out the hypothesis of a new change of dates and are actively working on the various headaches posed by the postponement and the health situation.

Organizers evoke “simplified” Games. More than 200 measures are being studied, they specify, while refusing for the moment to cite concrete examples.

According to Japanese media, this could lead to a reduction in the number of spectators, for the Olympic events as well as for the opening and closing ceremonies. However, “an Olympics behind closed doors is clearly something we don’t want,” IOC boss Thomas Bach said on July 16.

But the president of Tokyo 2020, Yoshiro Mori, hinted that humility would be required: the previous Olympics were of “extravagant, grandiose splendor. But faced with the Covid-19, would this kind of Games be accepted? “he asked.

A bill that promises to be salty

The postponement created complications both economic and logistical. First example: the availability in summer 2021 of the sites planned for the Olympics. A pitfall lifted since the organizers have just announced that 100% of the sites have finally been reserved for the summer of 2021.

Another major issue concerns the Olympic Village – located on Tokyo Bay – which was supposed to be converted into luxury apartments as soon as the Games end in 2020. Many apartments have already been sold to individuals who were planning to move there as of this time. year.

The persistent uncertainty about the holding of the Olympic Games is also hesitating partner companies supposed to bring nearly 3 billion euros in total, or nearly half of the revenues initially expected from the event. According to a survey released in June by Japanese public broadcaster NHK, 65% of Tokyo 2020 sponsors were unsure of keeping their commitments.

Not yet including the additional costs linked to the postponement, the total invoice for the Olympic Games is not yet known. At the end of 2019, the last provisional budget was estimated at 1.350 billion yen (more than 11 billion euros) for the Japanese side.

A lot of questions

The priority of the organizers remains to guarantee the health security of the event, but, once again, they do not yet give examples of measures that could be adopted to ensure the smooth running of the event.

The immensity of the task was summed up in May by John Coates, chairman of the Tokyo Games Coordination Commission: “Should the Olympic Village be placed in isolation? will have to observe a quarantine period? Are there any limits on the number of spectators at each competition site? “

“We are facing real problems, because there are athletes who come from 206 countries,” said John Coates. “There will be 11,000 athletes, 5,000 officials and coaches, 20,000 members of the media, there are 4,000 people working on the organization of the Games right now, to which we must add 60,000 volunteers.”

For the president of the organizing committee, Yoshiro Mori, the development of a vaccine or a treatment against the new coronavirus will be a fundamental element to allow the Olympic Games to open on July 23, 2021.

“The first point will be that a vaccine or a drug has been developed,” said Yoshiro Mori in an interview with the NHK group, broadcast on July 22.

The development of a vaccine or a treatment against the new coronavirus will be a fundamental element to allow the Olympics-2020, postponed for one year, to begin July 23, 2021, according to the president of the organizing committee Yoshiro Mori. https://t.co/qNaO9GMxSX #AFP pic.twitter.com/MrfSsq5jIQ

“If the situation continues as it is at the moment, we will not be able (to organize the Games)”, added the official, who does not dare to consider the worst. “I can’t imagine this year’s situation could continue into next year.”

In an interview with AFP in June, the governor of Tokyo, Yuriko Koike, promised to mobilize “120%” for the Olympics to take place. At the end of April, Japanese Prime Minister Shinzo Abe estimated that the Tokyo Olympics in 2021 would be the symbol of “humanity’s victory over the coronavirus”. Before immediately qualifying his remarks by admitting that it would be difficult to organize them if this “victory” was not acquired by then.

For some scientific experts, nothing is won. “Japan could be able to control the disease (by summer 2021), but I do not think that it will be able to be done everywhere on the planet and I am therefore very pessimistic” for the Tokyo Olympics, had thus Kentaro Iwata, a Japanese infectious disease specialist, said in April.

The organizers and the IOC, however, specified that the Tokyo Olympics could not be postponed a second time. If they could not take place in 2021, they would therefore be definitively canceled. Sports fans would then only have to wait for Paris-2024.